Tuesday, May 19, was Day Two of the 2015 Navajo Oral History Project. Students from Diné College and Winona State University met again via ITV and discussed a number of topics: Visual Communication, Journalism, Ethnographic Research, Qualitative Research Methodology, etc. They also further discussed the journalism projects they will be working for the next several weeks and were given brief introductions of the Navajo elders that will be featured this year. 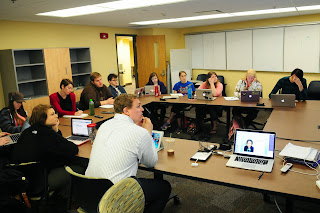 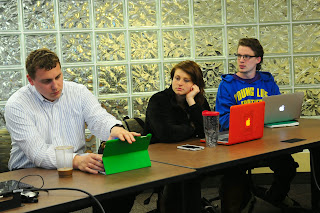 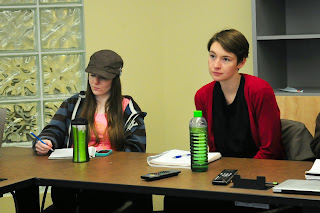 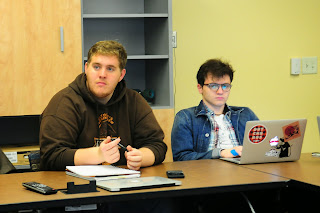 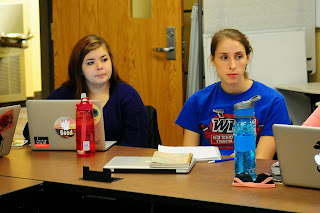 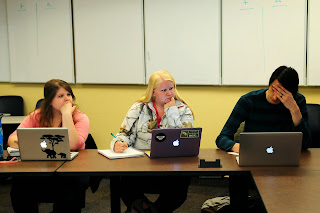 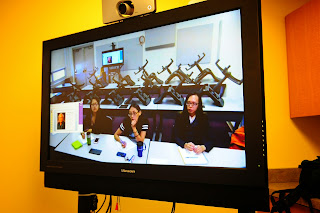 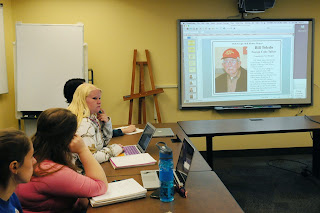 Following the organized ITV class, the WSU mass communication students got a tutorial on using the department's video cameras from fellow student Tobias Mann, who was a student employee in the MCOM department's equipment area this past year. 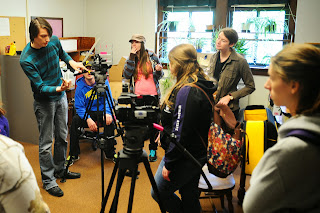 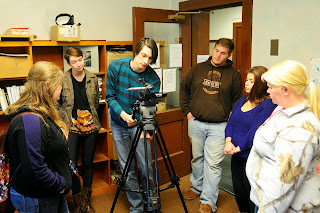 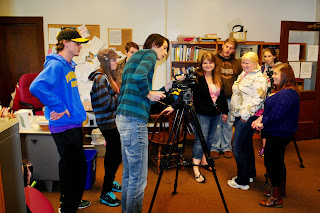 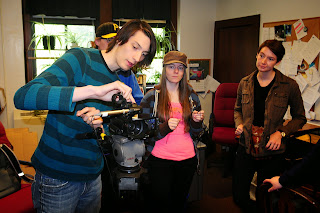 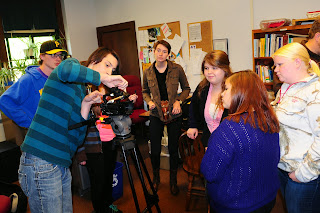 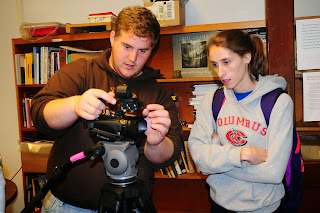 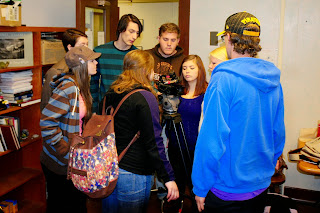 At the end of class, several participants took time to also get a tutorial in flying the department's Unmanned Aerial Vehicle (UAV); what some refer to as a drone. Jake Hilsabeck led this tutorial because he's had experience with the drone in the past several weeks. Each then got some hands-on flying time with the UAV. 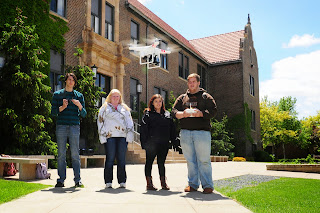 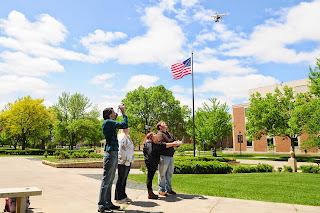 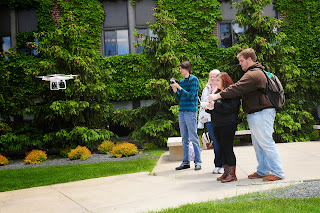 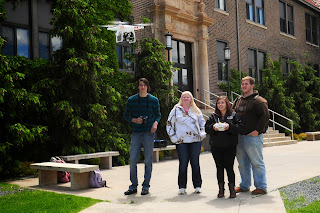 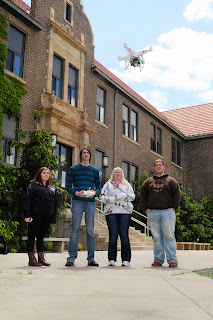 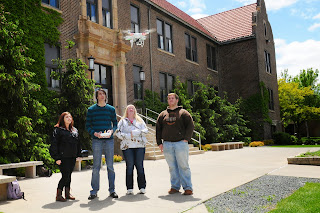 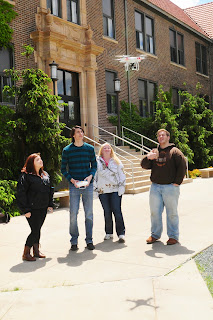 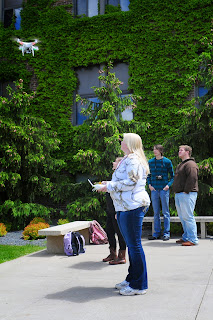 There are two more ITV classes planned for this week. Then the WSU group will depart to the Navajo Nation for nearly three weeks of field work there.

Posted by DoctorTom at 3:26 PM