You Meet the Nicest People on the Backroads...

On a long drive on backroads across the Great Plains, I saw something that made me lift my foot from the accelerator and take a break from the road.

On our way from Minnesota to Arizona in mid-March (2013), my colleague, Robbie Christiano, and I were interested in seeing more than asphalt, traffic signs and billboards. We chose to take small highways and were cruising west along Nebraska State Highway 41, south of Lincoln, heading toward Minden.

We stopped to take photographs of the county courthouses in Wilber and Geneva, Neb., to feed a passion of mine: photography of courthouses-- community buildings that embody a sense of place in small town America. A few miles west of Geneva, in the distance on the north side of the highway, we spotted several tan-colored oval shapes rising from the otherwise flat landscape. 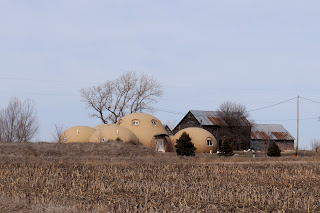 Robbie and I looked at the shapes as we got closer and closer and realized it was a series of connected domes. As we went by, a little tingle in the back of my mind told me to stop and get a photo of the unique structures. If it was a geodesic dome home, or a single dome, I might have kept on driving. Something about this place-- the way the seven domes of various sizes were inter-connected-- called me to stop.

Years of work with American Indians taught me to respect people and their homes. Rather than grabbing a shot or two with my long lens from the road and driving on, I turned our vehicle around, drove into the driveway of the domes home property, walked up to the door and knocked. I did this without a word. Later, Robbie said he thought I was acting strange, but knew I was following something I had to do. 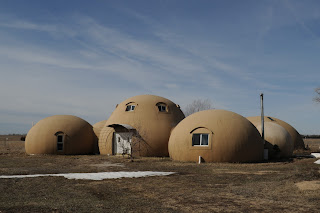 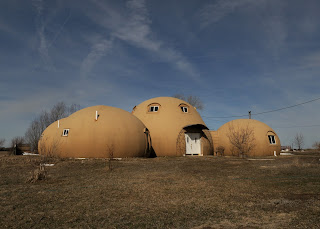 When Grace Shetler answered the door, I introduced myself and said I was interested in the look of her home. I asked if I could take some photos, and if she could take a few minutes to tell me about the home. She opened the door and invited us in.

"This happens quite a bit," Grace told Robbie and I. "Please sign the guest book. We've had more than 2,000 people stop by in the last couple years."

Grace gave us a tour of the home, apologizing at times because they were doing some rearranging of rooms and it wasn't as neat as she would have liked. She walked us through the kitchen, bedrooms, living room and pantry and explained how she and her husband, Eldon, had envisioned the place and built it over the past five years. 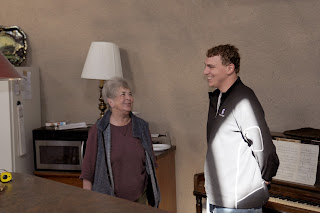 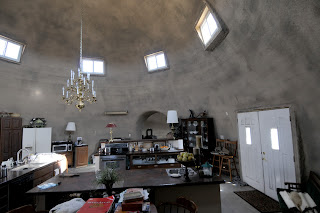 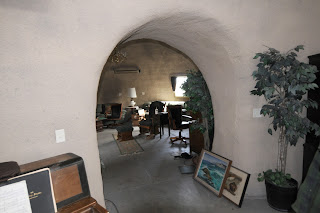 Grace explained that here on the Nebraska prairie the domes could survive sustained winds of up to 375 miles per hour, so they were virtually tornado-proof. Then she took us to the largest of the domes at the back of the place. It was a garage that could house four cars, but instead was home to a small airplane Eldon was building from scratch. 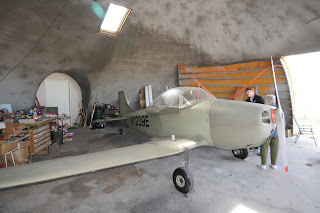 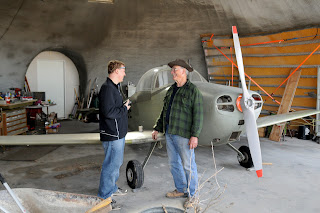 She called Eldon on a cell phone, who was running a tractor in an adjacent field, plowing and filling areas to create their own runway for the plane.

"We've got company... come on up here," she said into the phone.

In minutes Eldon drove up in the tractor and hopped out, smiling as he extended a hand to greet us-- total strangers who stopped by unannounced and unexpected.

For the next 90 minutes, Eldon, 77, and Grace, 80, welcomed us into their home and their lives. They told us how they met and married. They described their children and how the kids were raised near here in south central Nebraska. They talked about their careers-- both are retired-- and travels, and mostly, their vision for this unique home. 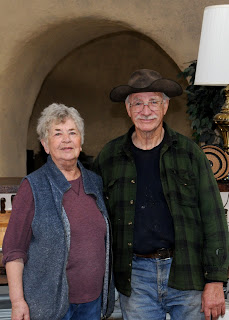 Grace explained they got the idea for the home when they saw a TV show that featured a similar home in California owned by an architect and builder named Lloyd Turner. They traveled to Boulder, Creek, Calif., to see Turner's home in person. He explained everything in great detail and they were hooked.

Eldon described how they built the home: inflating large bubbles first, applying three inches of spray foam insulation, placing a frame made of 8.5 tons of half-inch rebar, then spreading at least 1.5 inches of concrete both inside and out. He also showed where he was planning to add a porch and a 2nd floor balcony in the largest central dome of the home.

And Eldon talked about the airplane, one of his favorite projects.

"The front is actually from a crashed Cessna," he said. "The rest is custom: every cut, every bend, every rivet." 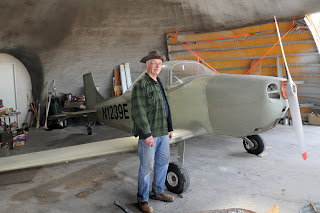 The plane runs, he said. But he isn't allowed to fly it, yet. He said there are several levels to get it certified by the Federal Aviation Administration for flight, and that kind of government work takes time, especially when the plane is out in the middle of southern Nebraska and nowhere near an airport.

Eldon guessed he spent more than 5,000 hours on the plane over the years. He also said it was more than a hobby, but less than an obsession.

"I never let the plane get in the way of family," Eldon said.

After an hour-and-a-half unscheduled stop, Robbie and I began to say our goodbyes. We took a couple photos of the couple in front of their home and chatted a bit more about the importance of meaningful relationships in life. It was one of those awkward moments when people know they need to end a conversation and move on, but no one really wants to stop having such a good time.

As we got ready to get in to our vehicle, we promised to send photos to Eldon and Grace, and then we all hugged. Strangers 90 minutes earlier -- now good friends with an invitation to visit anytime and a responsibility to stay in touch. 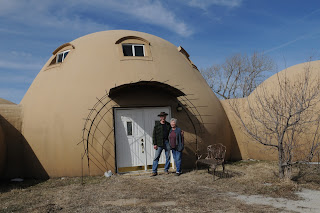 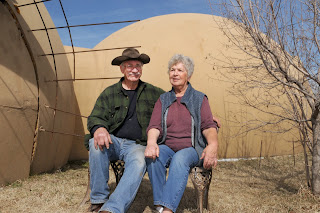 On a warm March afternoon in south central Nebraska, a little tingle told me to ease off the accelerator and turn back to investigate an interesting sight. From that moment, strangers became friends, shared stories and built a sense of community. 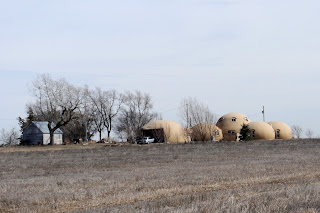 Posted by DoctorTom at 12:06 AM No comments: