We had an amazing weekend camping at the site of a traditional Navajo Summer Sheep Camp in the Chuska Mountains of northeast Arizona. Harry Walters, and his family, were our hosts. Harry said his family had been grazing sheep in the area well before the days of Kit Carson, the Long Walk, and the treaty of 1868 that allowed Navajo families to return to their homeland.
It was cold at night, low 30s, but sunny and warm each day. The weekend included lots of hiking, good food prepared by Harry's sister-in-law, Clara Walters, and hours of conversation with Harry and family members about Navajo culture and the desires for retention of traditional beliefs and customs while adapting and modernizing some aspects of Navajo life.
Below, I'll post many images from the weekend. Unless otherwise noted, photos are by Tom Grier.
The traditional brush arbor. 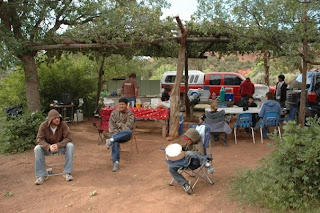 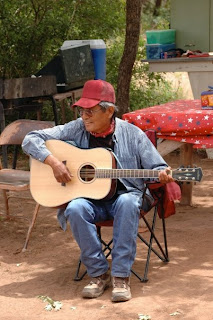 (Above two photos by Cindy Killion)
Vernon Haskie works on bending straight a twig to be used as an arrow shaft. 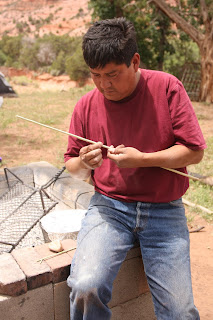 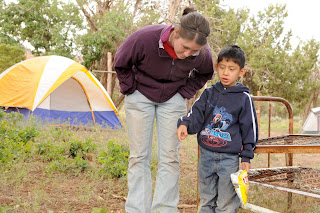 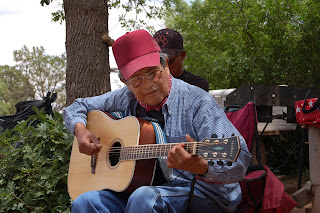 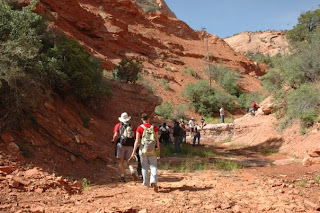 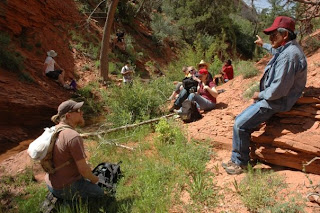 (Above two photos by Cindy Killion) 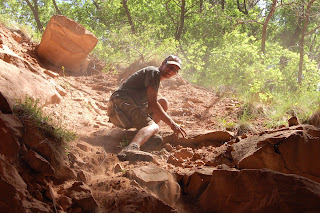 (Photo by Kim Streblow)
Harry's Uncle's Hogan abandoned for many years since the uncle's death. 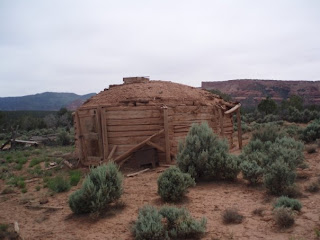 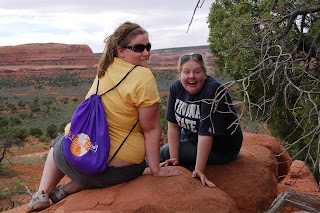 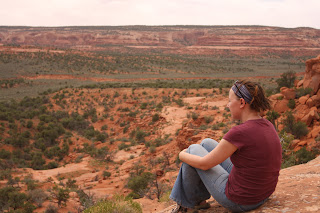 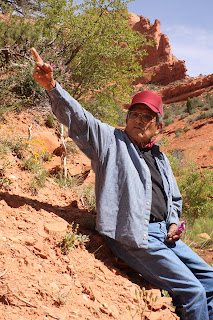 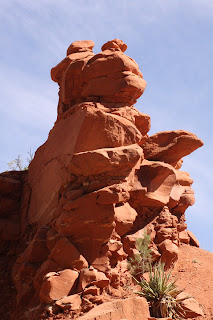 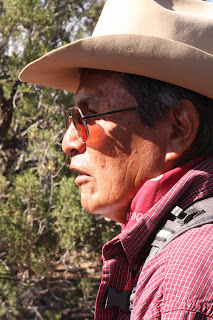 (Above three photos by Sarah Botzek) 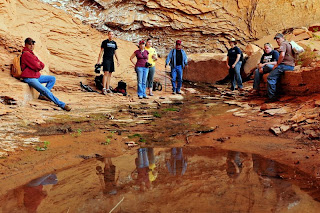 (photo by Chops Hancock)
One documentary team took the opportunity to interview Harry Walters in a great visual setting. 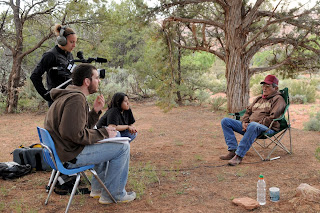 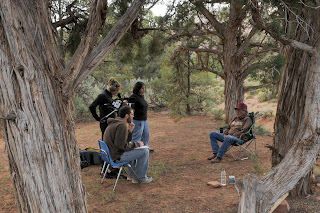 Grier chops wood to make sure Clara has enough fire to cook a great dinner. 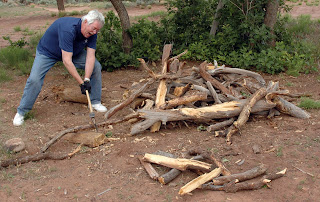 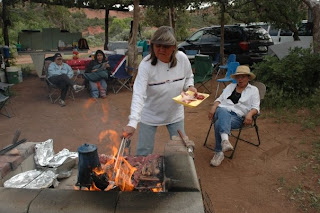 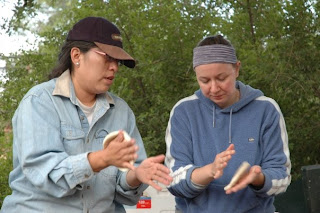 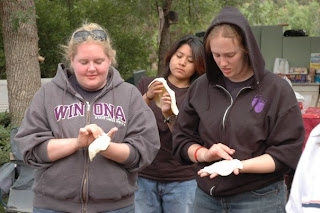 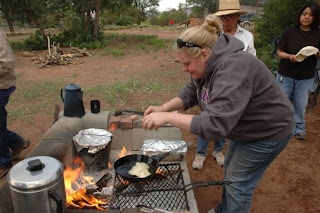 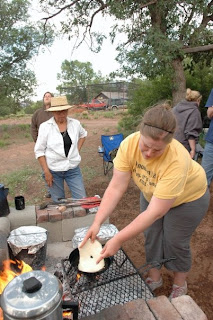 (Above five photos by Cindy Killion) 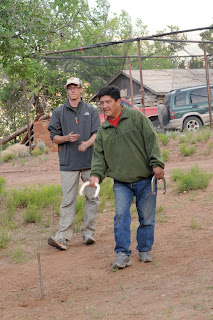 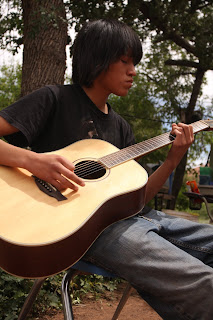 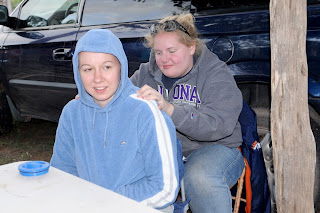 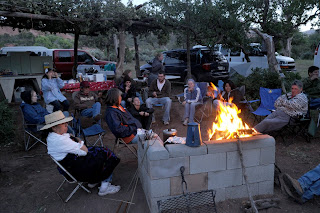 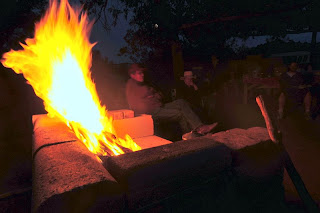 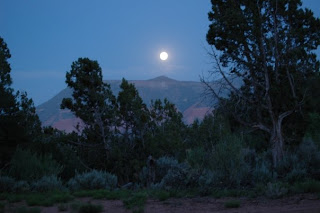