Tuesday, a couple student teams did more interviews for the documentary journalism projects. Jessica Larsen, Danny John, Krystle Sorrell, Kim Streblow and I met with Dr. Wilson Aronilth, a faculty member at Diné College and author of several books on Navajo culture. He was charming, funny, and very eloquent discussing his life and his love of education and helping students succeed. 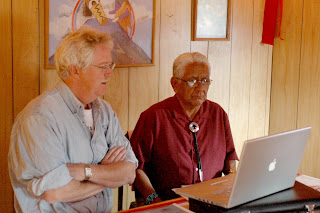 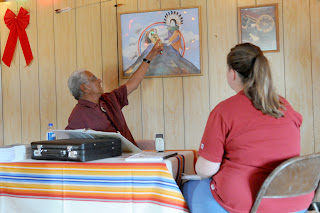 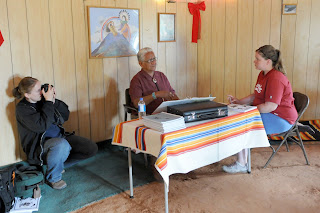 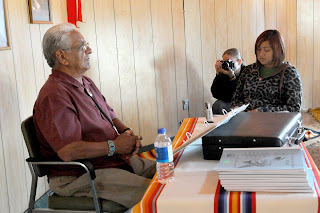 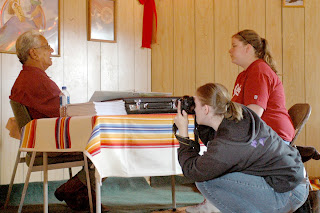 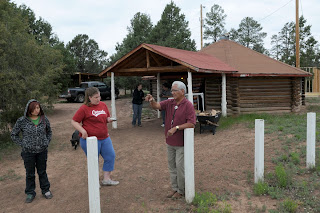 After interviewing him for two hours, the students also interviewed two of Dr. Aronilth's sons. Then we got to work on service project for him. He had a huge pile of old highway asphalt and dirt that he wanted broken up and used to fill potholes and low spots on his long, rustic driveway. We used pickaxes to break up the pile then used shovels to load his pick-up and then drove down the driveway and shoveled the material off into the low spots. After four full truck beds, we had moved about half the pile. Our arms were tired, so we called it a day, but we all made the commitment to return this weekend to finish the job. 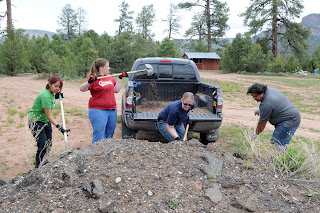 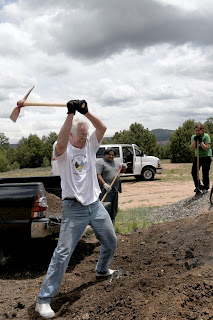 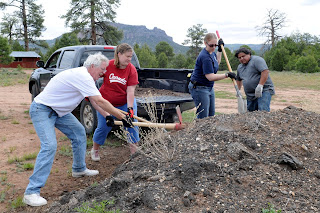 (photo by Krystle Sorrell)
Later, we all drove to Chinle and had a nice meal in the restaurant at the Holiday Inn.
Pete Swanson ordered Lava Cake for dessert and shared it with Andrew Neumann who took this photo with his iPhone. 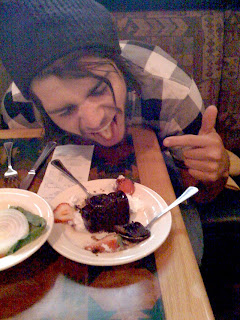 We then went to the Chinle Senior Center where the local radio station was hosting "The Drums of Summer" circle dance. Our group watched for awhile as the Navajo couples danced around in a circle doing a sort-of two-step dance. A local guy asked Brandi Hagen to dance and she did. Then a woman asked Chops Hancock to dance. He picked up the step almost immediately. He said it was similar to some dances he had seen in South America a few years ago.
Eventually, everyone in our group danced a song or three. The local people really seemed to enjoy seeing us out there trying to learn their dances and having fun. During the live radio broadcast, the announcer drew the audience's attention to "the visitors from Minnesota" several times and everyone applauded for us. We felt welcome and special.
We really weren't seeking that kind of attention. Actually, we just wanted to watch and listen and learn. We were pleased to be invited to participate. We've seen this so many times in the past week-and-a-half: Navajo people are generous, funny, friendly, kind and welcoming. I realize that's an over-generalization... but we have first-hand experience now, and it's true.
Here's a few photos from the circle dance by Cindy Killion. There will be more to come from students who also took photos tonight. 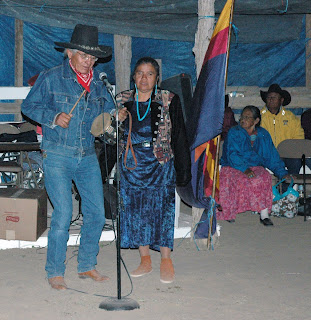 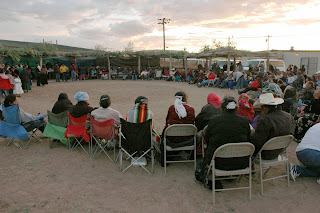 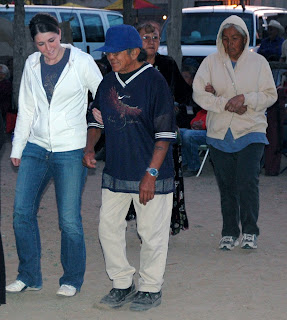 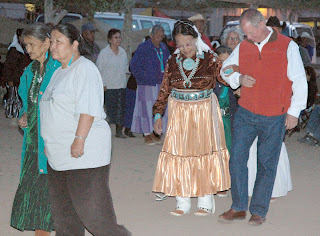 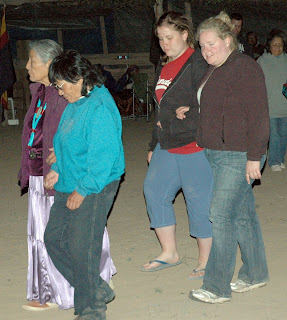 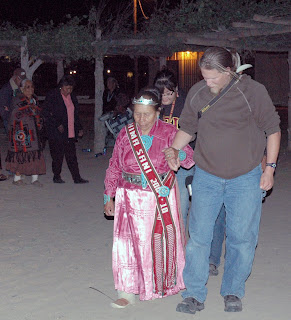 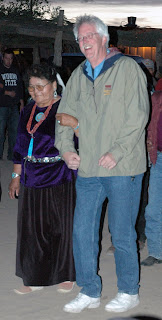 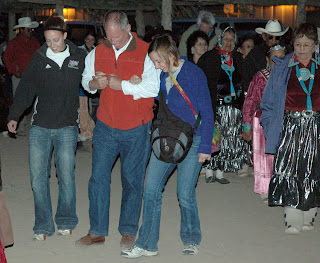 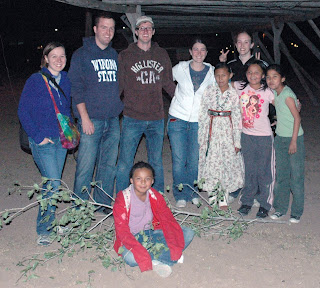 More interviews on Wednesday, then off to Chaco Canyon for two days of camping and hiking among some of America's most spectacular Anasazi ruins. Again, we expect no cell phone or internet access while there.
Posted by DoctorTom at 10:32 AM