(Today's Blog post is guest-written by WSU student Michael Ruka, with input and photos from the other WSU students on the Navajo Oral History 2010 project.)

The plan for today (Saturday, May 22, 2010) was for the group to head north to Monument Valley and the Four Corners Monument. To start off the day, the students were required to wake up on their own, as Professor Tom Grier was still at his conference in Tucson, Arizona. (Yesterday, this was a slight issue, many of the students overslept, and it was up to Tom to wake them all up) Fortunately, everyone did get up on time, and by 8:30 a.m. the group was loaded up in the van, along with Professor Miranda Haskie, and three of the Dine’ College students.

On the way to Monument Valley, Miranda took a slight detour to the Navajo Cultural Center and Navajo Code Talkers Exhibit in Kayenta, Arizona. These exhibits were on the smaller side, but both had interesting artifacts and tons of information. Although they were swamped with French tourists, the students were still able to enjoy the experience.

Once we arrived at Monument Valley, we first took the scenic drive through the valley, where we were able to get many great photographs from both inside the van, and outside at a few of the overlooks. The winds were rather turbulent, and the blowing sand not only got into some of our camera equipment, it also slightly hurt any exposed skin, and was in our ears for the rest of the day. Several students also purchased some authentic Navajo jewelry from various vendors, along the scenic drive.

After the drive through the valley, we ate at The View Restaurant. The food was good, and it was nice to get out of the wind for a time.

The next stop on our expedition, after leaving Monument Valley, was the Goulding’s Museum and Trading Post. This Museum had images and several artifacts from many of the movies that were filmed in the Monument Valley area.

On the way to the Four Corners Monument, we drove through Valley of the Gods, another scenic drive through the southwestern dessert.

We continued on our journey, and after about an hour of driving, we stopped at a Sinclair gas station, where we found out that the Four Corners Monument was closed for renovation. Although this was a disappointment, overall the trip was still a fun time, and we all got many great photographs.

After arriving back at our residence hall, we continued transcribing the interviews from Thursday, and wound the evening down by watching more videos online, and going over the photos taken throughout the day.

Tomorrow we will have another round of interviews for two of our groups, and the other two groups will go along for extra experience and the possibility to shoot some photos or B-Roll film to be used in their documentaries.

Here are some of the photos from the day's journey: 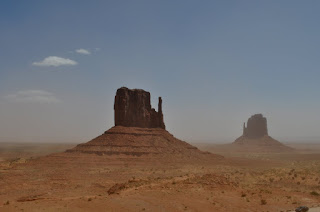 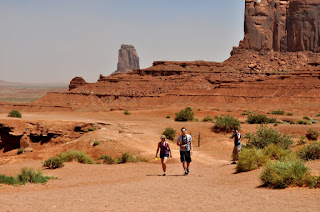 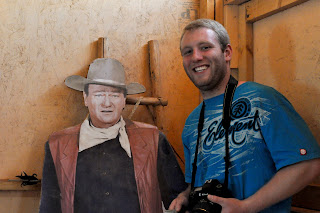 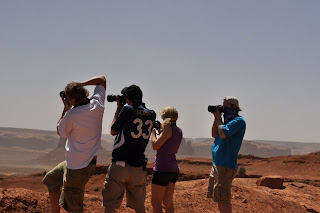 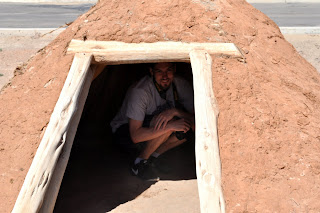 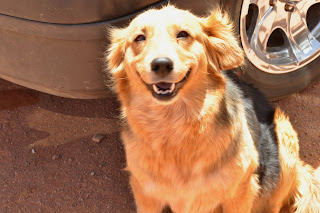 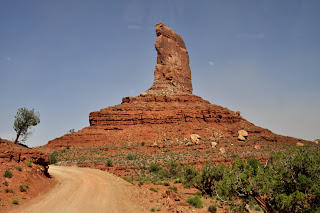 (above seven images by Jenn Westman) 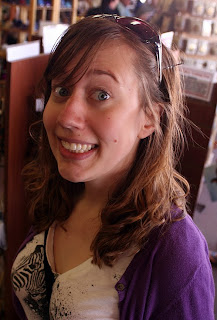 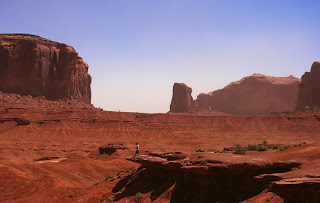 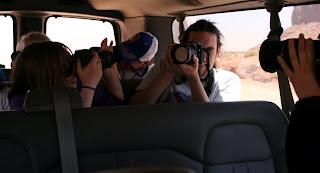 (above three images by Michael Ruka) 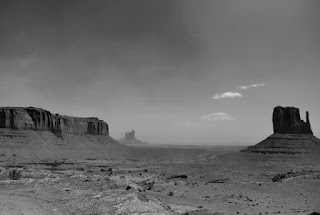 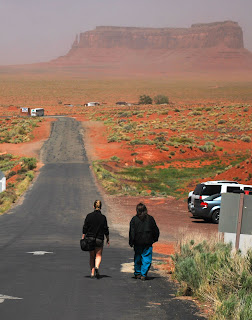 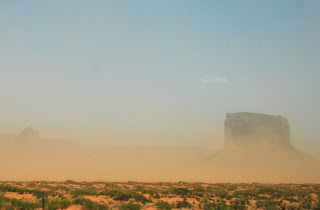 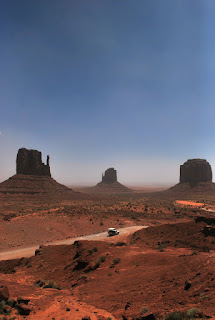 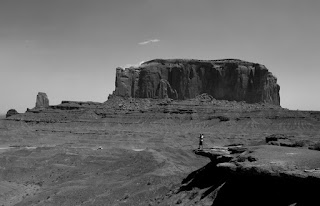 (above five images by Brianna Klapperich) 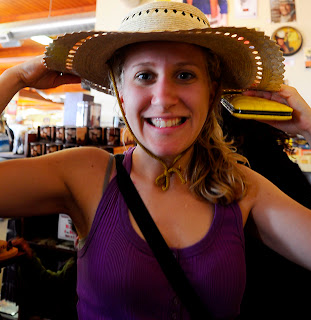 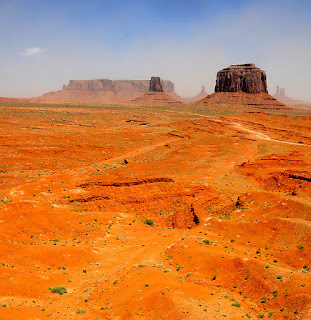 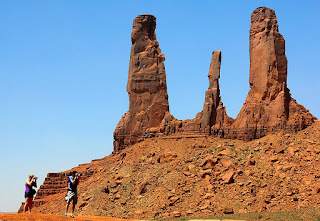 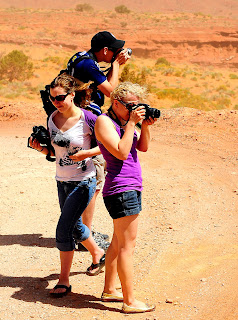 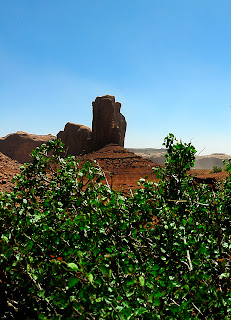 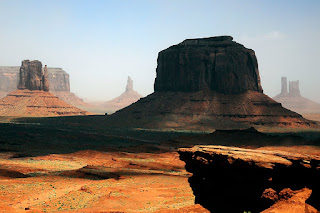 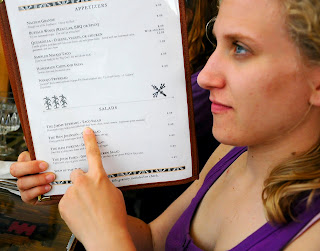 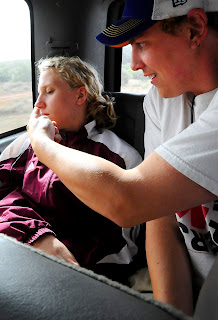 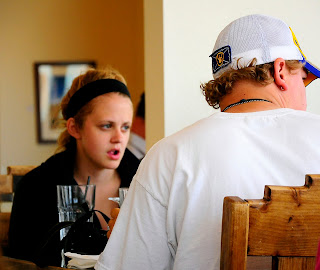 (above nine images by Sawyer Derry)
Posted by DoctorTom at 10:42 PM