Day 1 - Arriving on the Navajo Nation

Since I had less than two hours to drive to get to the Albuquerque airport this morning, I slept a little later than usual-- 7 a.m. local time-- and got on the road. I was tempted to take a side venture to visit the Puye Cliff Dwellings, which is the site of some ancient Anasazi ruins that I have never yet seen. Worried I might get carried away with hiking around there and then feel rushed getting to the airport, I skipped the cliff dwelling and stayed "on task."

Instead, I headed into a small town in central New Mexico, took another courthouse photo, then stopped at self-serve car wash and blasted some of the road dirt off the van. I drove to the Albuquerque Sunport International Airport and spent 30 minutes or so rearranging all the gear and luggage in the van so it would all fit, and there would be room for eight humans. 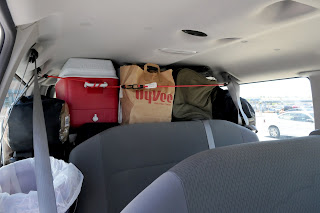 Wow, it was going to be a tight fit. Thankfully, it's a relatively short drive to the Navajo Nation; about 4 and a half hours.

I sat in the Sunport Terminal, used their free internet access, and watched the airplane's progress. Jenn Westman's United flight from Chicago to Albuquerque via Denver was reportedly on time, so I had only 45 minutes to wait. Then, the Delta flight from Minneapolis actually arrived about 15 minutes early, only about 15 minutes later. Than Jennifer's flight. Everything was progressing on schedule. 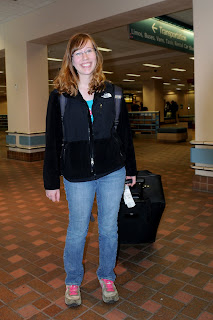 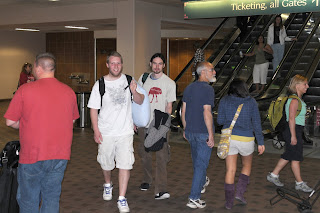 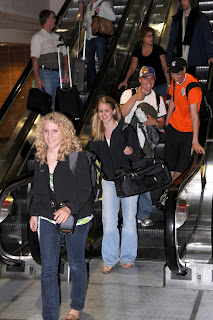 We packed the van to the gills, and headed on down the road. We stopped in Window Rock, on the Navajo Nation and ate a quick dinner at Church's Chicken then stopped at the grocery store for some goodies for breakfast tomorrow and the family style dinner that Jenn and Ben will make for us all tomorrow evening. 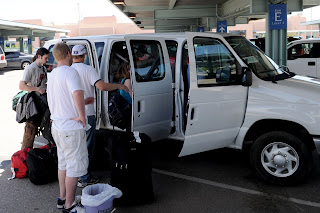 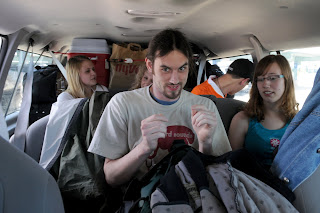 Here's a group photo created by Brianna Klapperich with her Nikon camera and a remote trigger a few minutes after we arrived on the Diné College campus. 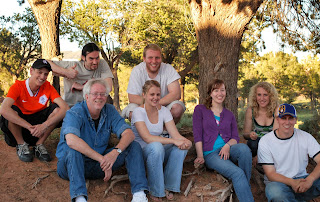 Ben lit a fire in the fireplace that is at the center of our Hogan-shaped dorm building (A Hogan is a traditional Navajo dwelling and spiritual place that usually has eight sides.). 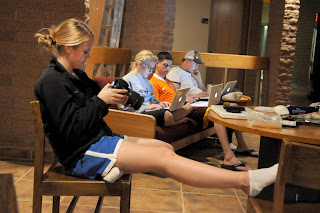 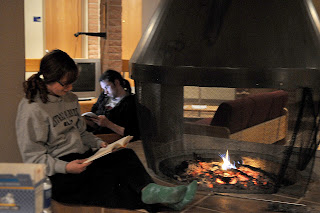 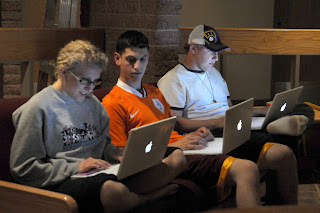 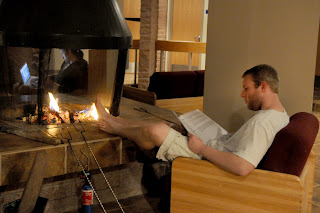 I've asked the students to take many candid shots throughout the next two weeks and share them with me so I can use many of them on the blog.

Above and Below are some photos from our first day together. Unless otherwise noted, all photos on the blog are by me -- Tom Grier.

We'll probably hit the sack early tonight and get ready for a full day of classes tomorrow.

-- Tom Grier
Here's some fun pictures shot by Sawyer Derry on the way to Diné College and right after we arrived on campus: 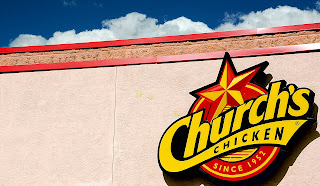 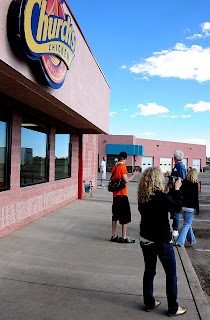 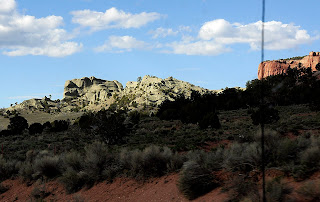 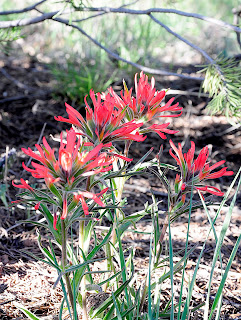 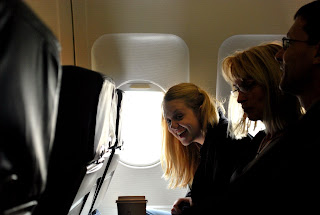 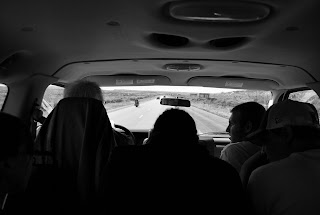 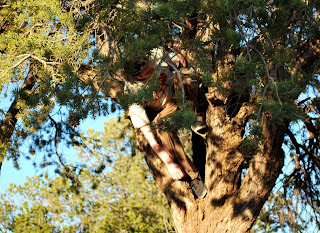 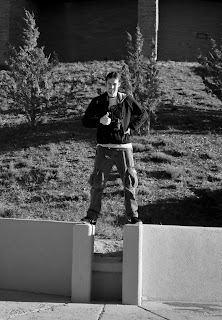 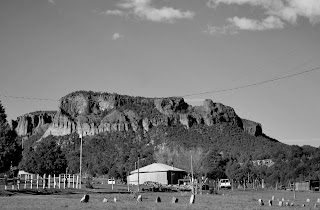 This last image by Brianna is of Bear Mountain. If you look close and think about it, you can see the rock is in the shape of a bear lying down, with his rear end at the left edge and his ear, head and snout facing right.
And here's a photo of Brianna, by Michael Ruka: 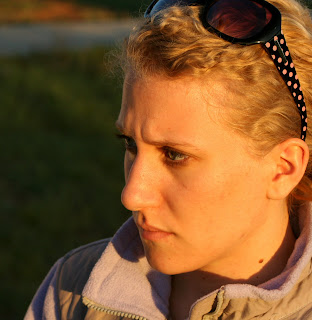