Wednesday, June 5, was the day for the 2013 Navajo Oral History project participants to say goodbye for now and travel back home.

In the Navajo language, the words "thank you" translate to Ahee'hee' (pronounced like: Ah-heh-heh). Navajos don't really say "goodbye." It's too final, and doesn't fit well with the circular feeling of Navajo spiritual life. Instead, they say "hagonee" (pronounced: Hah-go-neh) which doesn't perfectly translate to English, but roughly means something like: be well until I see you again.

As the Winona State University participants in the Navajo Oral History project prepared to return home, many of their Diné College counterparts dropped by the dorm building Tuesday evening for one last visit. There was much laughter, fun, and some sadness.

Many of the WSU students have said something like: "I’ll be very happy to be home again with my family and friends, but I'll really miss the special feeling of this place and the Navajo people."

On Wednesday morning, the WSU group packed the two vans to the ceilings, literally, with journalism gear, camping gear, luggage, and human beings, and headed east, leaving the reservation, toward Albuquerque and waiting airplanes. 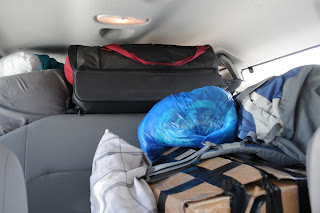 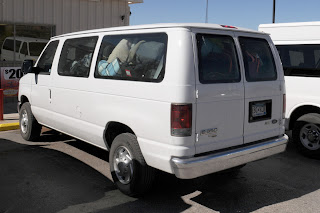 The group stopped in Gallup, New Mexico, for a few minutes to gather a bit more B-roll video that may be used in two of the documentary projects, since that reservation border town is so inter-connected with Navajo Nation life.

At the airport final hugs-- and a few tears-- were shared as the students headed in to the airport and the two faculty members, Tom Grier and Robbie Christiano, left to return one rental van and then to drive the other one back to Minnesota. 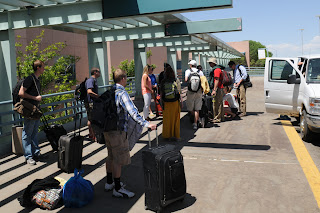 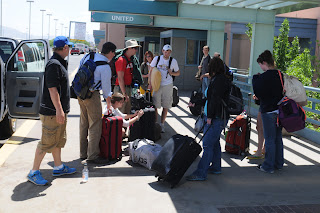 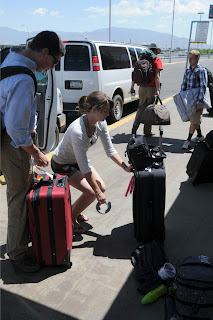 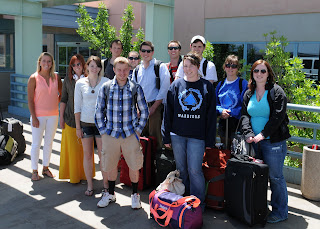 Robbie and Tom drove about 15 hours and stopped in a small town in northeastern Wyoming for a good night's rest. If all goes according to plan on Thursday, they will make the exciting drive across South Dakota and arrive in Winona late. On Friday, then, the students can be reunited with the rest of their luggage and gear.

The travel portion of the Navajo Oral History project is over for now, but the documentary journalism work goes on. The students will be working on their films about Navajo elders over the next two weeks, and will meet with their teammates via Interactive Television and internet conferencing to make edits, adjustments and improvements to the films.

Once the films are complete, they will be professionally duplicated to DVDs that will be distributed to the families of the featured elders, and to the student filmmakers, in time for the fall receptions at which the films will be premiered to the public.  There will be two premiere and receptions events: one at Winona State University in Winona, Minnesota, on Friday, Sept. 13, and another at Diné College in Tsaile, Arizona, on Monday, Sept. 16.

We hope that all friends and family of the student journalists, and lots of relatives of the featured elders, will be present to celebrate and congratulate the students on their hard work.

This blog will continue to be updated from time to time during the ITV Classes and the rest of summer.