Fourteen Winona State University students arrived at Albuquerque Sunport Airport on Sunday (May 19) and drove in vans to Diné College in Tsaile, Arizona, on the Navajo Nation. 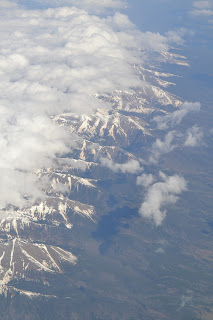 The Rocky Mountains from the airplane. (photo by Adam Maciejczak)

Darin Strohmenger's flight arrived shortly after midnight, so he found a comfy spot in the airport to catch a snooze before the rest of the group arrived. 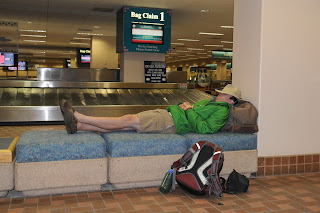 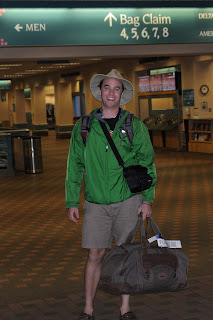 Shiloh Gulbranson was the next to arrive around 9 a.m. 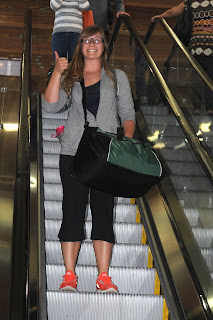 The rest of the group arrived a little after 10 a.m. and jumped into vans to head to the Navajo Nation. 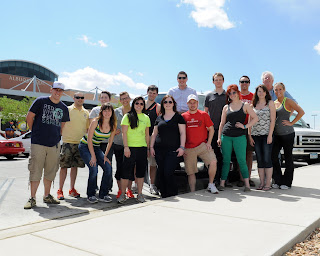 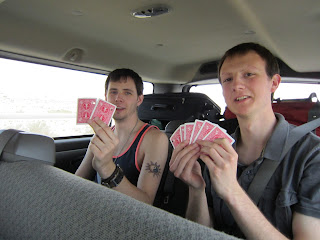 Tom Hays and Nik Strand play cards to pass the time during the four-hour drive from Albuquerque to the Navajo Nation. (photo by Madison Duncan)

The WSU students will join colleagues from Diné College to form journalism teams. Over the next three weeks they'll provide service projects for five Navajo elders then interview the elders several times and create documentary films about their lives.

There was lots of excitement on the drive from ABQ to Diné College.  There was laughter, music and in-depth biographical introductions of each student so the whole group can get to know each other well.

Along the way, the group stopped in Window Rock, Arizona, the capital of the Navajo Nation. There, they visited the Window Rock Tribal Park, saw the monument to the Navajo Code Talkers and did a little hike to the top of the "window." (above two photos by Skylar Ogren) 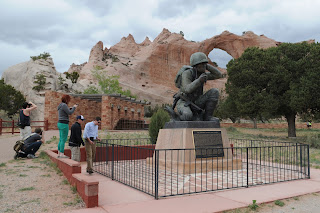 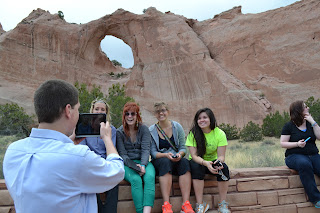 Skylar Ogren uses his iPad to shoot a photo of some classmates in front of the Window Rock. (photo by Adam Maciejczak) 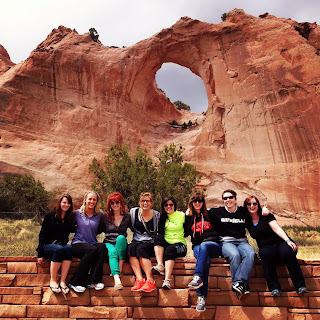 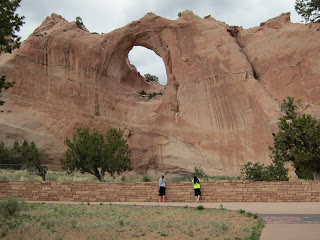 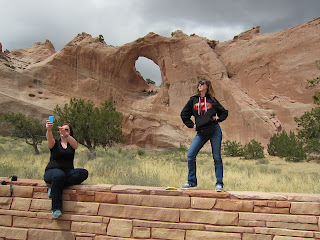 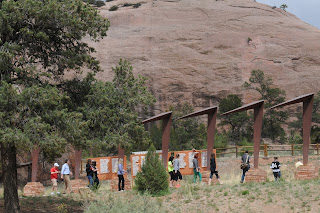 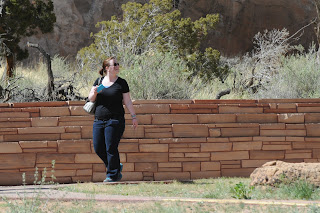 Elise Nelson enjoys the sunshine and the views of the Window Rock Tribal Park. 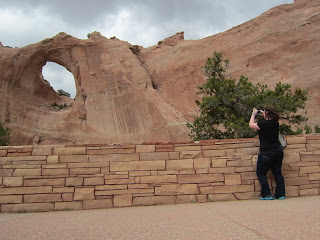 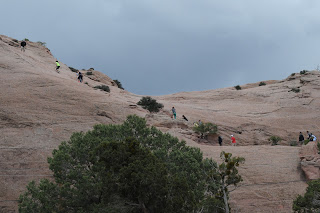 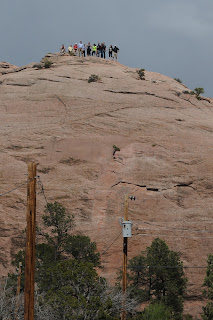 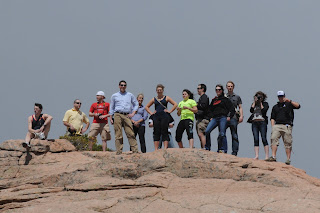 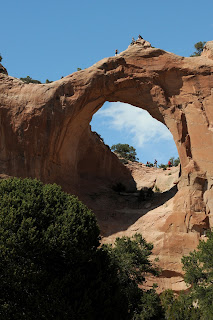 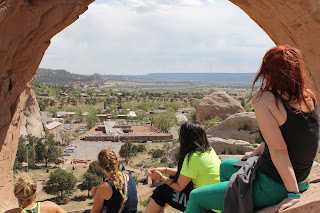 The view from inside the Window Rock. (photo by Tom Hays) 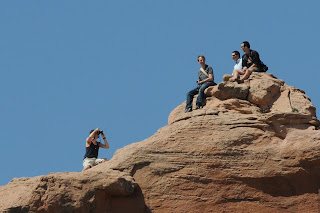 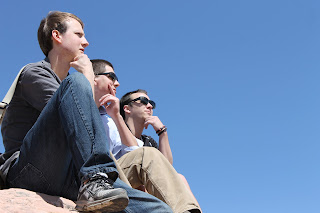 Nik Strand, Skylar Ogren and Darin Strohmenger, on top of Window Rock, contemplating the beauty of the Navajo Nation. (photo by Tom Hays) 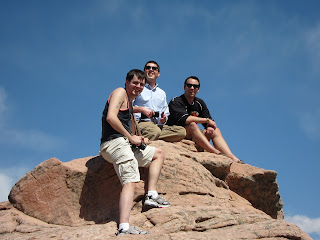 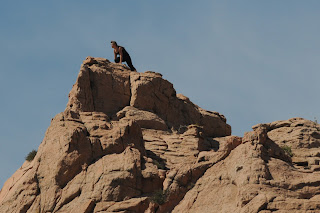 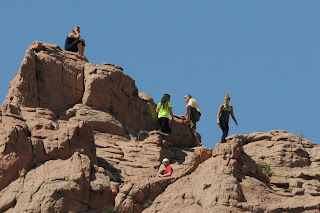 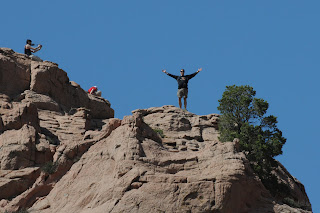 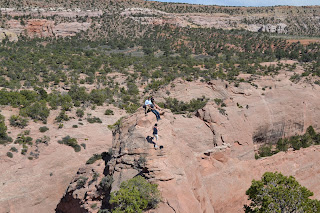 Later, Lionel Harvey, one of the Diné College students in the Navajo Oral History program met the WSU group for dinner at a local restaurant.

In the early evening the WSU group arrived on campus and began settling into their dorm rooms. 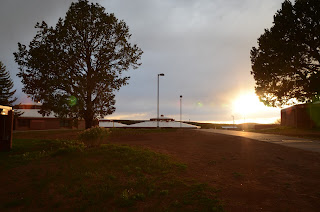 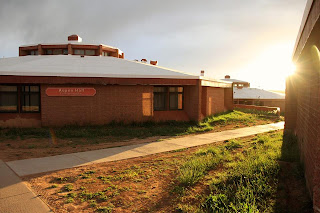 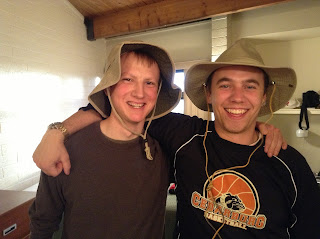 (photo of Nik Strand and Darin Strohmenger by Skylar Ogren)

Monday morning is the first class of the field-work portion of this summer program. The first day consists of a campus tour, getting connected to the campus computing network and an introduction to the history of Diné College and its importance to the Navajo Nation.

We hope all the readers of the blog enjoy the many photos and stories that will be posted here over the next several weeks.

A couple notes about photos:

- All images are copyrighted by the person who created them and may not be re-published or copied without permission.

- If a photo has no photo credit listed, it is by Tom Grier, a director of the Navajo Oral History project, and blog editor. Photos by anyone else will carry a photo credit.

Thanks for following this blog. Feel free to comment below.