On the 8th day of the 2012 Navajo Oral History project (Monday, June 11, 2012), the student groups went out into the field on the Navajo Nation for the second interviews with several of the selected Navajo elders.

The students asked the interviewees more questions, seeking more depth and breadth of material for the documentary films they'll be writing, editing and narrating next week. 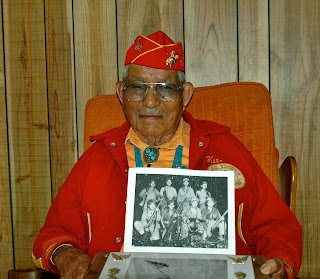 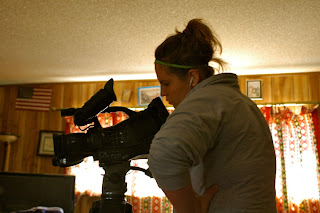 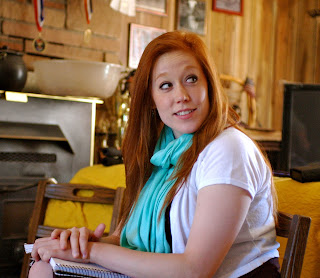 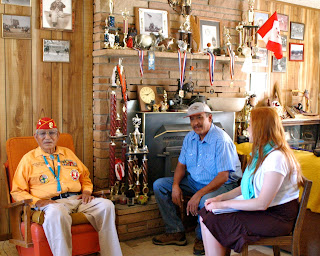 Kee Etsicitty with his son, Kurt, and interviewer Sammi Luhmann 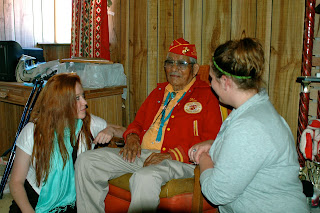 Following their interview, this group also travelled around the Chichiltah area, shooting B-roll footage that may find its way into their documentary. 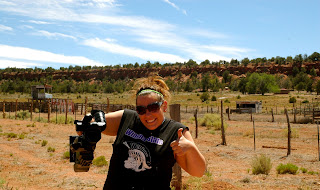 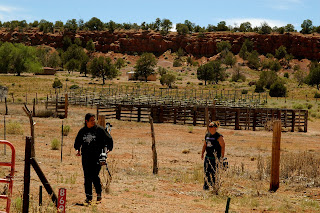 (above two photos by Stefani Schmidt) 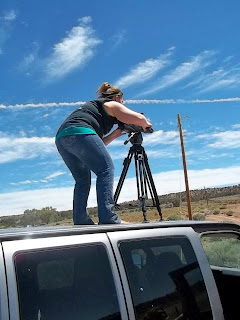 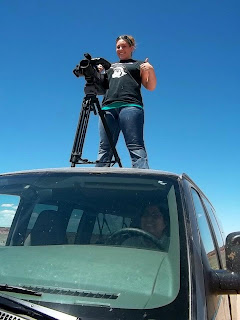 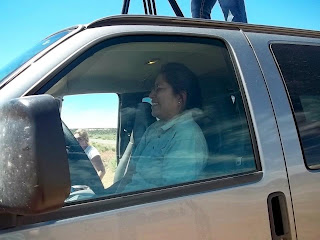 (above three photos by Sammi Luhmann)

Another group, consisting of Ashleigh Clyde - DC, Lionel Harvey - DC, Laura McCormick - WSU, and Eli Xifra - WSU, had their second interview with Agatha Spencer who has been a long time employee of Diné College, most recently serving as an academic advisor. 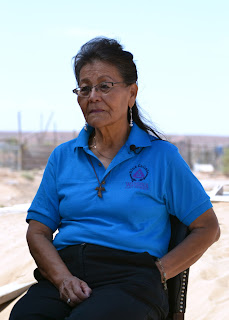 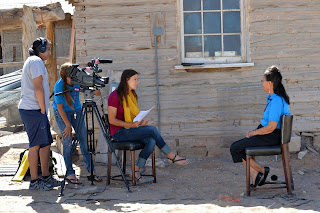 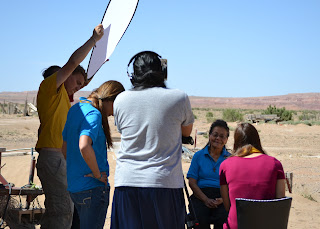 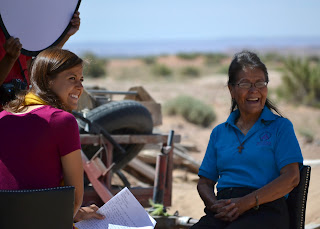 A light moment between interviewer Laura McCormick and Agatha Spencer.
(above four photos by Joel Farber) 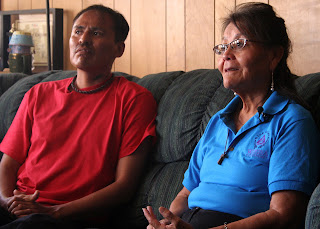 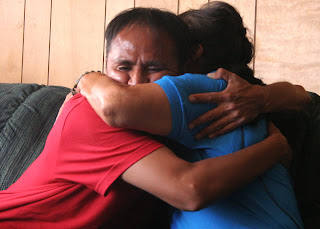 Shawn Tsosie is a recent Diné College graduate who has gone on to further his higher education. He talked on-camera about how Agatha Spencer helped him through many difficulties and toward success in college. (photos by Shannon Bolte) 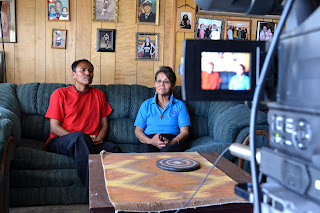 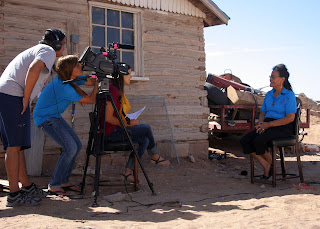 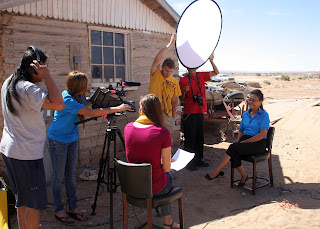 (above two photos by Shannon Bolte) 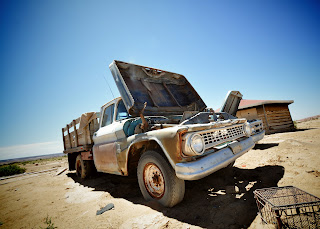 A truck and hogan on Agatha Spencer's property. Photo by Elisenda Xifra Reverter.

A third group held their second interview with Chester Nez, the last surviving member of the Original 20 Navajo Code Talkers.  The group, consisting of Emily Gust - WSU, Kaitlyn Haskie - DC, Kelly Kusilek - WSU, Elena Lavorato - WSU, and Marla Sandoval-Redhouse - DC, interviewed Chester for an hour or so touching on information about his service as a Code Talker, and his life both before and after World War II. 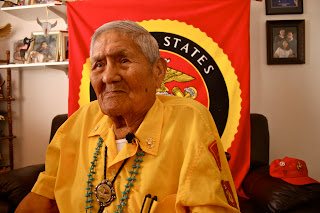 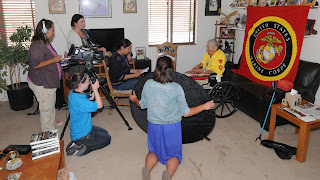 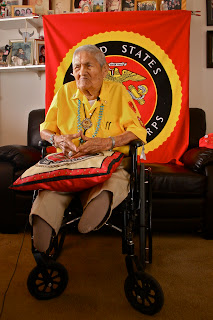 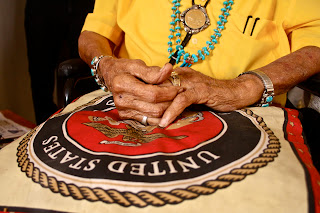 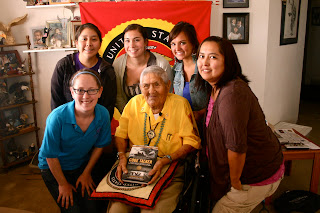 The two student groups who did not have a schedule interview today, tagged along with the active groups.  They were helpful with lighting and still photography, as well as lighting and audio concerns. One of those groups begins their interview sessions on Tuesday with Samuel Holiday, a Navajo Code Talker, who lives in Kayenta, Arizona.  The other group will interview Joe Vandever, from Haystack, New Mexico, another Navajo Code Talker, beginning next week.