Tuesday (June 19) was another eventful day during the 2012 Navajo Oral History Project at Diné College in Tsaile, Arizona.

Several of the student journalism teams stayed in the Diné College dorms and worked on their documentary videos featuring the life stories of Navajo elders.

One team and a few extra helpers went out to Haystack, New Mexico, to interview World War II Navajo Code Talker Joe Vandever for a second time.  Joe was in good spirits as he met with the students in his hogan, offering jokes, telling stories, and giving advice to the journalists and their future readers or viewers. 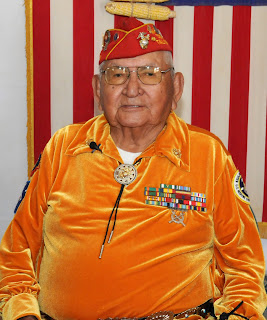 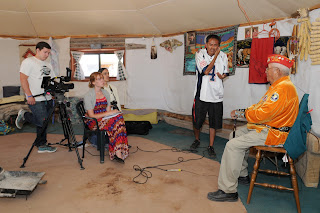 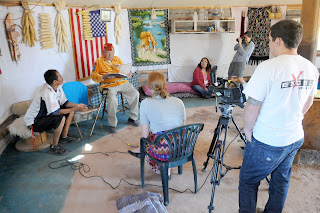 After the interview, the student journalism team shot b-roll video of the Haystack Mountain that is in Joe Vandever's backyard, and Mount Taylor, one of the four sacred mountains in Navajo tradition, that is very close to his home. 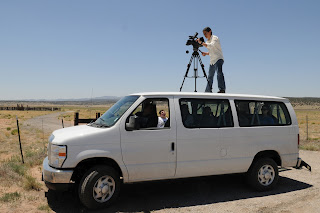 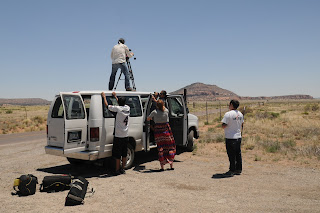 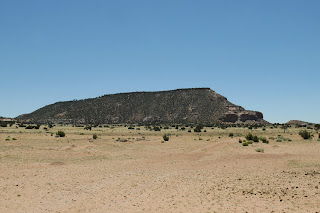 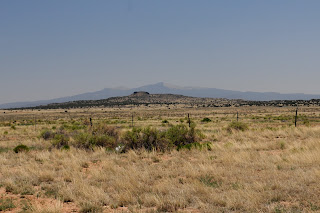 Later in the afternoon, the group had a chance to meet with hollywood film star Roger Willie, a Navajo from Thoreau, New Mexico, and a star in the 2002 Windtalkers film about Navajo Code Talkers during World War II. 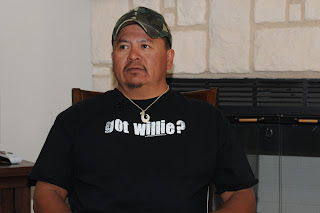 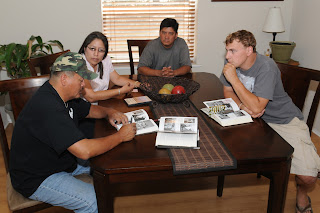 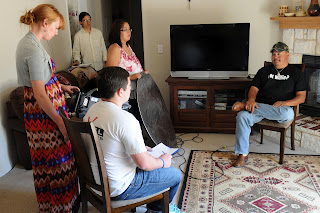 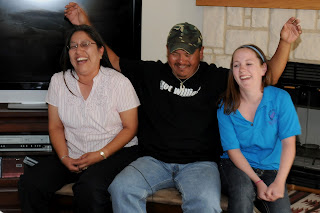 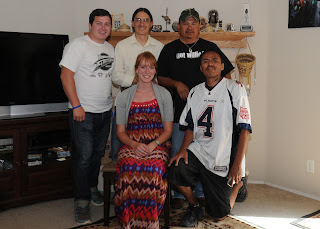 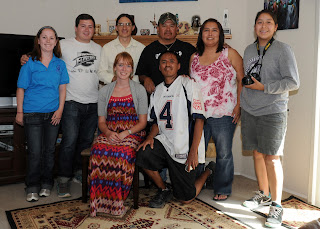 Roger Willie was kind, humble and helpful as he described his role in the movie and the importance of telling the code talker's stories to a larger audience.

Back in the Diné College dorms for the evening, all groups were working on their projects.

Tomorrow (Wednesday, June 20, 2012) is the Winona State University students' last full day on the Navajo Nation.  There will be a class session in the morning to look at draft material of the work-in-progress films and to plan for the next steps.

Next week the Winona State University students will be home in Minnesota and will meet with Diné College students on Monday, Wednesday and Friday via ITV sessions to view drafts and finish the films.

Premiere events for the student films are being planned for fall 2012, most likely the last week of September or the first week of October. When those dates are set, they will be publicized here on the blog and elsewhere.  Those events are open to the public and will include refreshments, a showing of each of the films, and short speeches by the filmmakers.