On day three of the Navajo Oral History project field work (Wednesday, June 6, 2012), members of the class traveled across the Navajo Nation to meet the elders they are going to interview for the first time.

One group got into a van at 6 a.m. and drove four hours to Albuquerque to interview Chester Nez, the last surviving member of The Original 29 Navajo Code Talkers.  Chester is originally from Chichiltah, a small community on the Navajo Nation near Gallup, New Mexico.  He now lives with his son, Mike, and his family in Albuquerque. 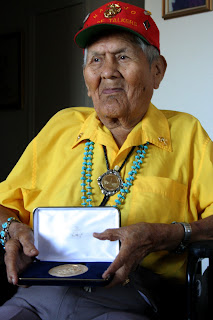 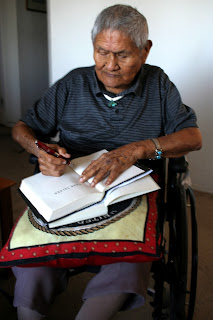 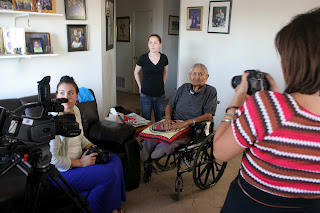 (Above three photos by Shannon Bolte) 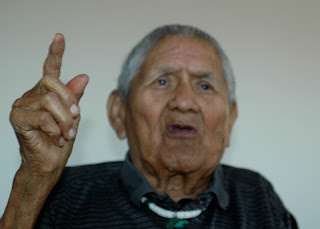 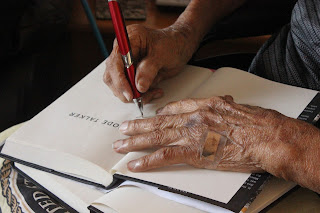 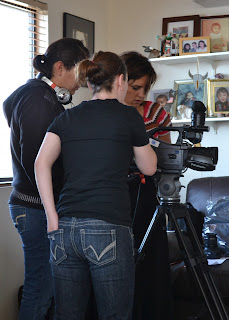 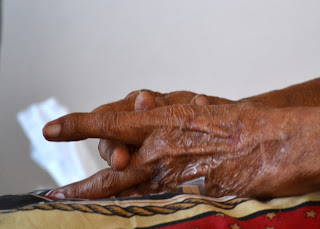 (Above two photos by Joel Farber) 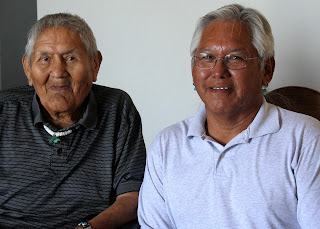 All Navajo Code Talkers during World War II are considered heroes and are held in high-esteem.  There is a slightly elevated place of honor for "The Original 29."  These are the men that helped develop, test and refine the code, and the first to use it in battle.  Many years after their military service, they received Congressional Gold Medals in 2001 from President George Bush.  Once the U.S. Military was confident of the code's strategic value, the Navajo Code Talker project grew to include about 400 additional Marines.

You'll see more about this in the group's documentary film when it is completed.  The basics are introduced here so blog readers can understand how special it was for members of our Navajo Oral History project to meet this true American hero.

Another group drove to Chinle, Arizona, to meet and interview Agatha Spencer, a long-time administrator at Diné College.  Agatha was a secretary in the formative days of Navajo Community College, the first tribally-controlled higher education institution in the U.S.  She has held many positions at the school and has watched it grow and change into Diné College.  She is now an academic advisor in the Diné College-Chinle Center. 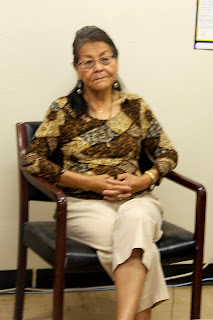 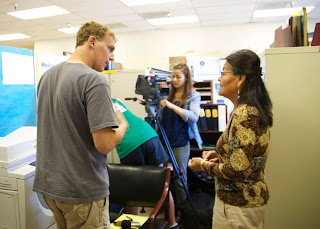 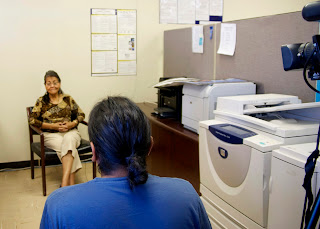 (Above three photos by Ashleigh Clyde)

When that group completed their interview, they had a little extra time and visited Canyon de Chelly National Monument.  They stopped at a few of the overlooks into the canyon and learned some of the history and stories of that beautiful place from Lionel Harvey, a fellow Diné College student who lives in Chinle, Arizona, at the mouth of the canyon. 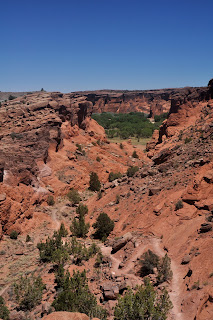 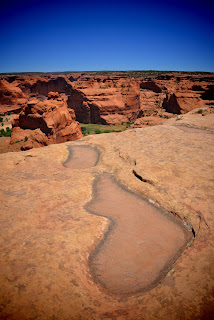 A third group traveled to Chichiltah, New Mexico, to interview Kee Etsicitty, a Navajo Code Talker during World War II. Kee, and about 400 other Navajo men, enlisted in the U.S. Marines in the 1940s and became part of the Navajo Code Talker project. 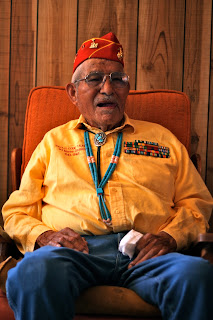 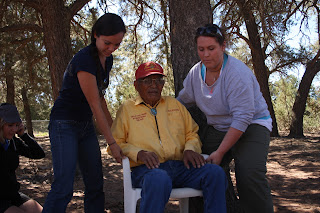 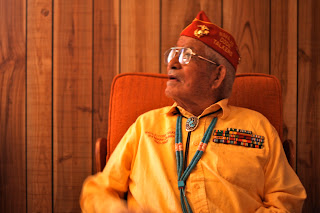 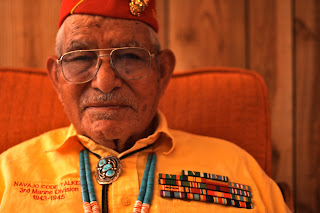 
This super-secret group of soldiers went into battle across the South Pacific in places like Iwo Jima, Saipan, Tinian, The Marshall Islands, Roi-Namur and the Kwajalein Atoll during the war.  They fought side by side with the Marines to gain control of the islands and kept vital information flowing using their native language in a code that was never broken.

There are two more groups that, due to conflicts with the elder's schedules, will begin their interviewing next week.  The students in those groups came along on this first interview day to observe and help.

At the end of the day, the student journalists and their faculty leaders met back at Diné College.  All were tired, but happy with their first day.  There was discussion of camera angles, lighting, microphone placement, etc.  Mostly, there was a general sense of awe at being able to meet these Navajo elders who have given so much of themselves to help make life for their community, and the U.S., better.

A continual theme is the humbleness exhibited by the elders.  They say things like, "I was just doing my job," "I feel very lucky to have been able to serve in this way," and "I'm not special. Others did more than me..."  That humble attitude and dedication to others is part of what makes these Navajo elders so special and worthy of attention.

As a faculty member of this project, I truly enjoy watching the young journalists in action.  They just take charge and get their jobs done.  They were a bit nervous at first, of course -- so was I.  But, nervousness gave way to confidence, as they fell right into their work.

After only one set of interviews, I know we'll have great documentaries to screen this fall.  The dates for the screening have not yet been set, but will most likely be in late September or early October.  There will be receptions to premiere the films and congratulate the film-makers at both Winona State University and Diné College.  The dates will be posted here on the blog.

On Thursday, the class will de-brief.  What went right? What could have been done better?  What else do we need to know about the elder?  What other images or video do we need for our documentaries?  They have a few days to plan for their second interviews which will take place on Monday.
Posted by DoctorTom at 7:32 AM