Day 10 of the 2012 Navajo Oral History project was a good day as the students met for class in the morning, then had some touristy-style fun in the afternoon.

During class, each student journalism team reported on the status of their projects and their plans to complete the information and interview gathering process by next week. 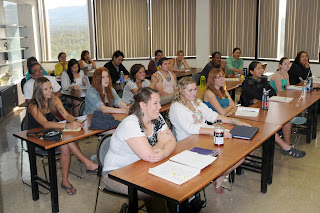 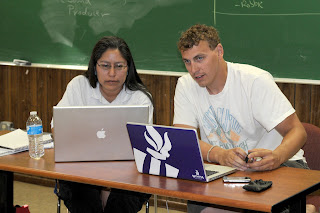 Laura McCormick showed some video her group was working on for transitions within their documentary films. 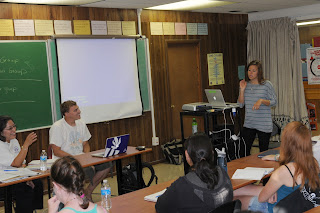 Prof. Tom Grier presented a workshop on "Voice and Articulation" and had students practice narrating sections of a documentary film to prepare them to record their own narrations next week.

After class, the Winona State University group, along with several Diné College classmates traveled 45 minutes to Window Rock, Arizona, the capital of the Navajo Nation. Following lunch at a local Mexican restaurant, the students helped with some economic development on the Navajo Nation by visiting the local flea market and purchasing many souvenirs and trinkets to bring home. 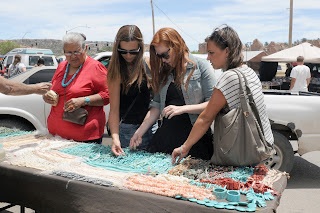 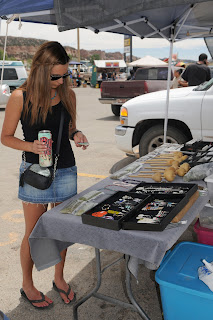 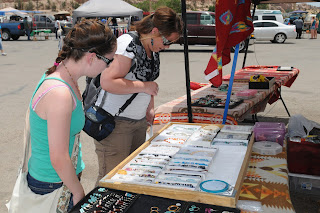 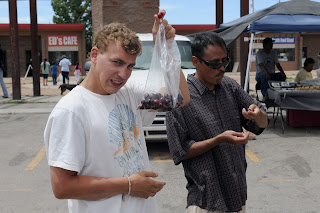 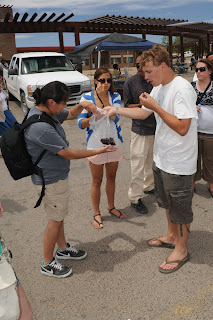 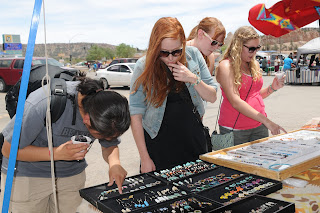 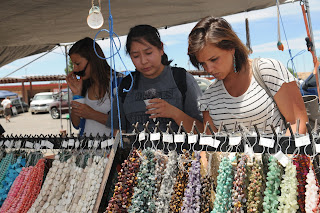 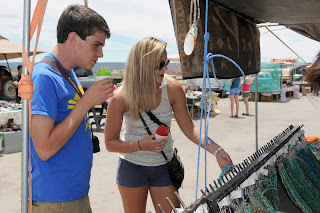 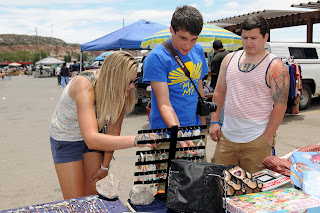 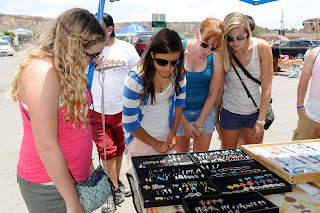 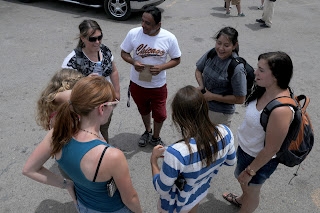 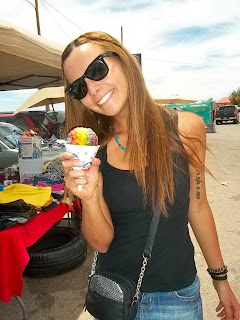 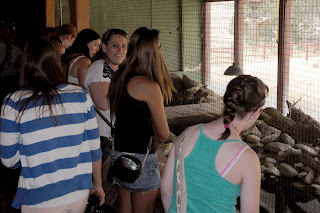 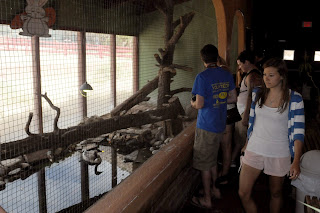 They also visited the Window Rock Tribal Park and hiked up to the actual "Window." 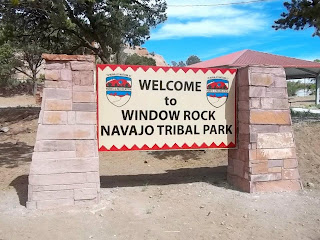 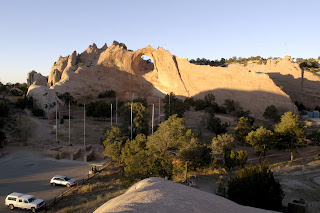 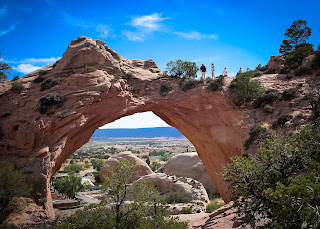 People on top of Window Rock. photo by Shannon Bolte 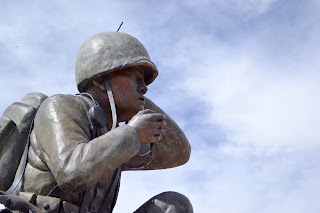 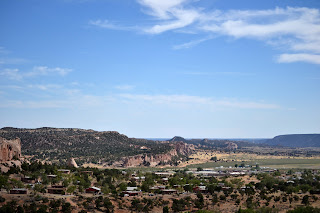 A view from the top of the Window. 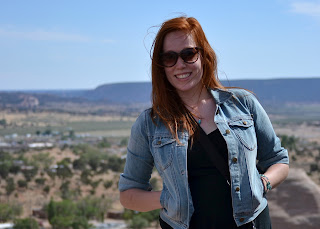 Sammi Luhmann on top of the Window. 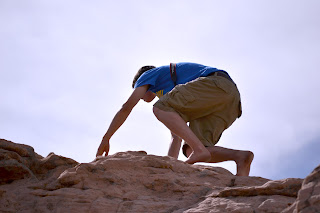 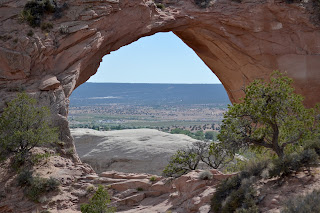 The Window
(above 5 photos by Joel Farber) 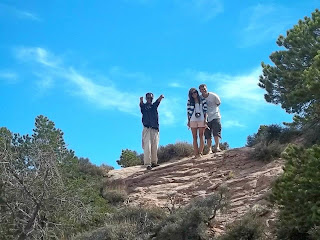 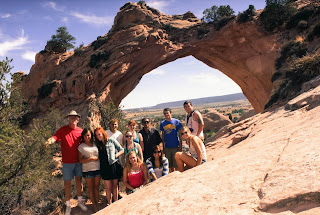 Group photo at the Window Rock... photo by Kelly Kusilek

After a quick dinner in Window Rock, the group returned to Diné College in Tsaile, Arizona.

Ten members of the class spent three hours in the evening doing a service project for Leonard Haskie, the father and father-in-law of Vernon and Miranda Haskie of Lukachukai, Arizona. This weekend, the family is having a Blessing Way ceremony for Vernon and there were many things to do to get the property ready to host such an important event.  Students moved BBQ sets, cleaned a large kitchen-cooking area, picked up trash and cleaned the ceremonial grounds.

Studentes in the class have been invited to attend and see The Blessing Way ceremony first-hand this weekend.  This is quite rare that a biligaana (white person) would be invited to attend such an event. Out group feels fortunate and humbled to be invited to see the event, and even more to be asked to help with the preparations.

Because it is a Navajo spiritual ceremony, no photographs are allowed.  The students will have to maintain the visual images in their memories.