Samuel Tom Holiday was a Navajo Code Talker in the South Pacific during World War II.  He and many other Navajo Marines used their native language in a code that proved to be unbreakable.  This code helped turn the tide in the U.S. war against Japan and surely saved thousand of lives. 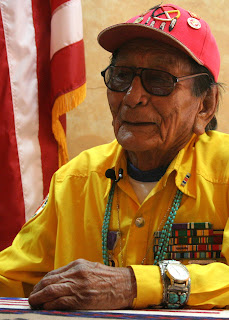 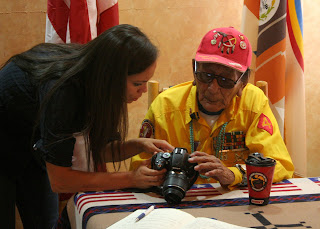 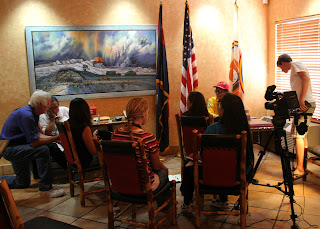 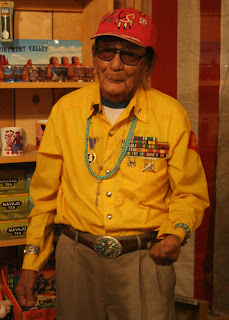 (above four photos by Shannon Bolte)

Members of the 2012 Navajo Oral History project class visited Samuel Holiday in Kayenta, Arizona, today (Friday, June 15, 2012), to hear his stories about serving in the war and using the code that confounded the Japanese. 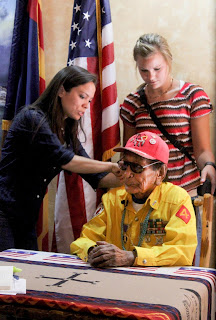 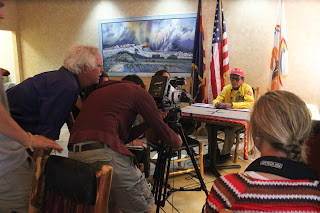 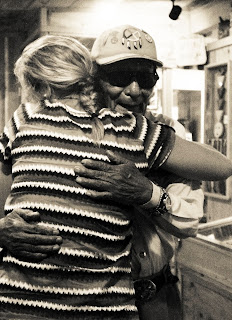 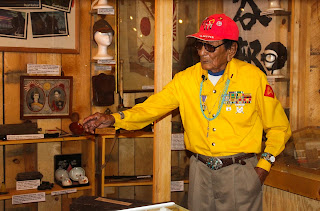 (above four photos by Kelly Kusilek) 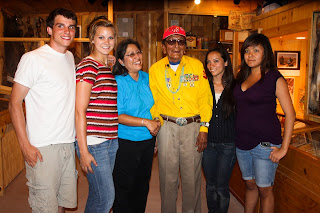 After interviewing Sam, the group also interviewed his daughters Helena and Carol, his son Ricky, and his grandson Preston.  Later in the afternoon, the students visited the Code Talker Museum in Kayenta, then stopped by the Holiday home searching for great images to serve as b-roll during the documentary film. 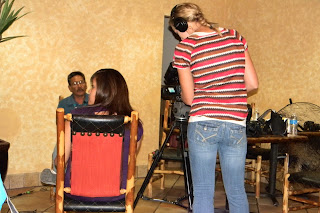 (Ricky Gray being interviewed about his Dad, Samuel Holiday. Photo by Emily Gust) 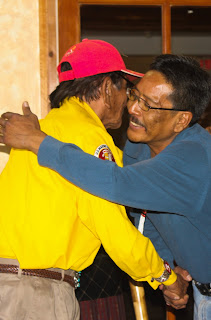 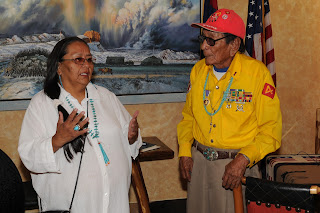 (Samuel Holiday and his daughter Helena.) 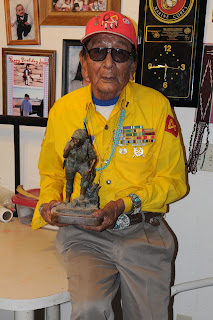 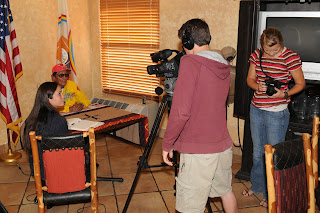 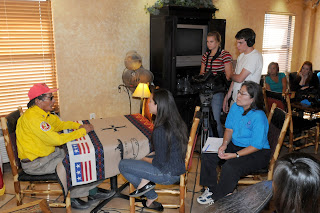 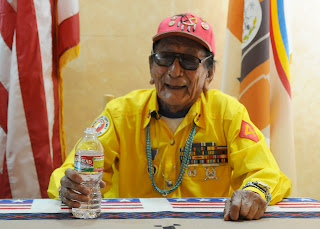 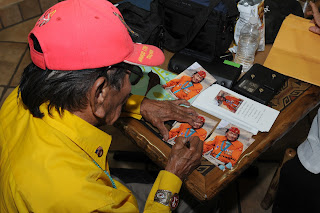 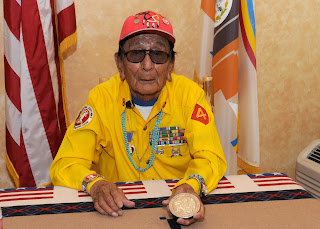 In the above photo, Samuel Holiday shows the Congressional Silver Medal he was awarded in 2001 by U.S. President George Bush.

On the way to and from the interview, we drove several hours in the van, with Robbie Christiano and others serving as iPod jockey, playing music to entertain everyone in the van. 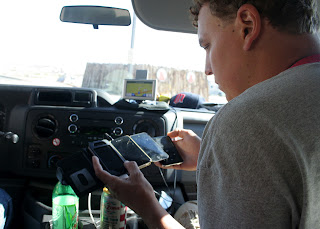 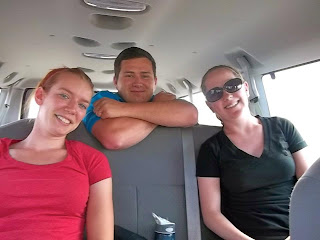 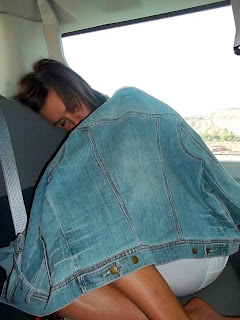 While driving to the mine where Samuel worked for years to shoot some photos, the group encountered ominous clouds and some rare rainfall in the high desert.  Since the group would arrive back to campus after normal cafeteria hours, we stopped at a local diner in Kayenta called the Blue Coffee Pot and enjoyed a delicious dinner.  Many in the group ordered Navajo Tacos with frybread... a meal that is quickly becoming a favorite among class members. 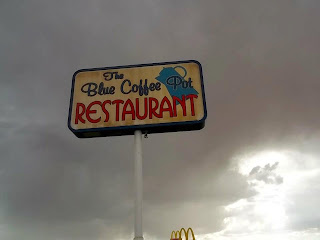 (photo by Sammi Luhmann)
Posted by DoctorTom at 12:34 AM