Groups are meeting, discussing, arguing a little, and coming to decisions about their documentary journalism films that are part of the 2015 Navajo Oral History Project.

Today (Tuesday, June 9), the students had class in the morning, then spent most of the day editing photos, editing video, editing transcriptions, etc. 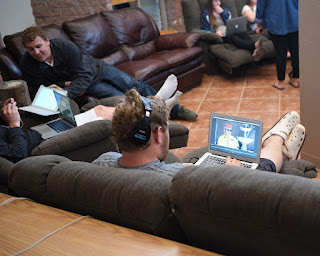 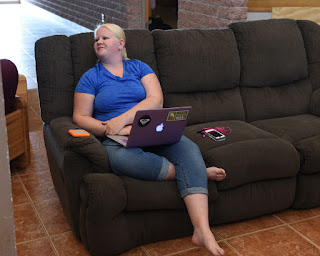 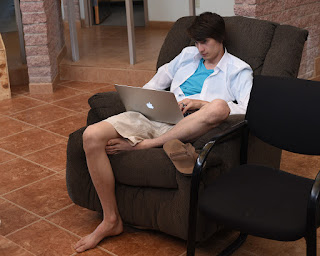 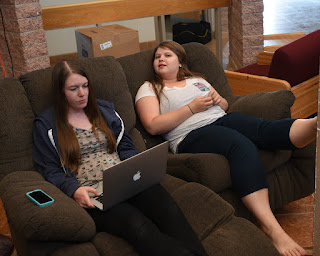 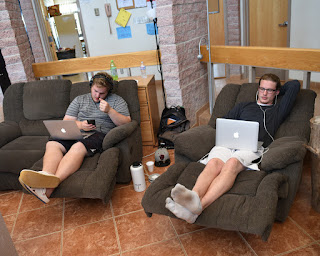 One group went out on the road to shoot some B-Roll for their film. They needed some shots of a lonely old road on the Navajo Nation, and a mission-inspired church-- mission accomplished. 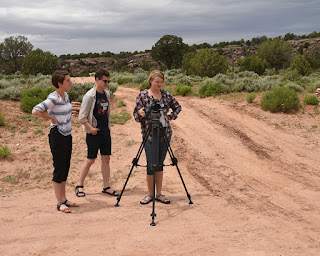 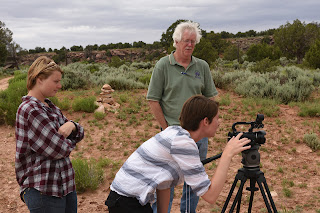 Above photo by Nate Nelson. 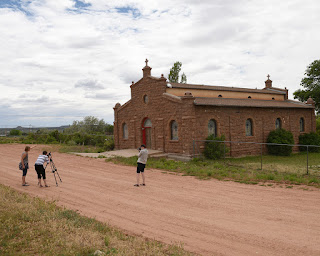 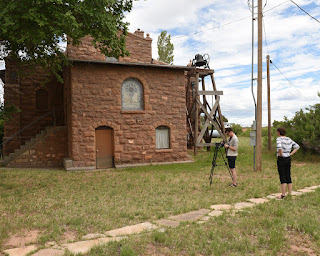 Groups are also helping each other by sharing photos, and sharing knowledge and ability with a variety of computer software related to film recording and creation.

In the evening, lots more editing, and working on films, and some laundry. 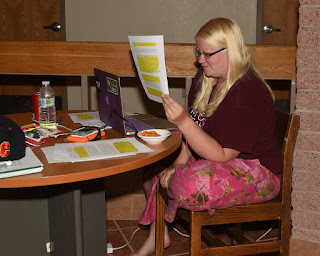 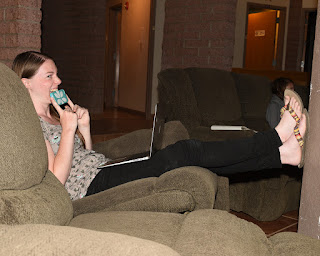 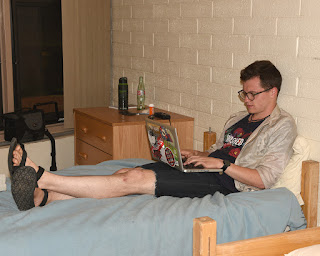 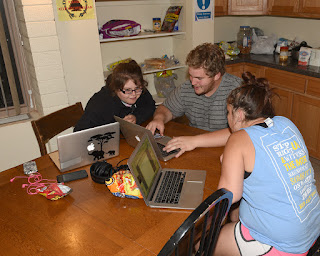 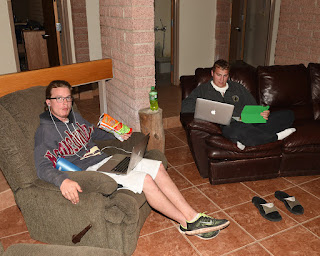 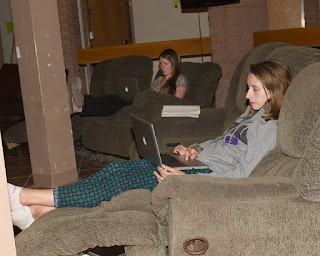 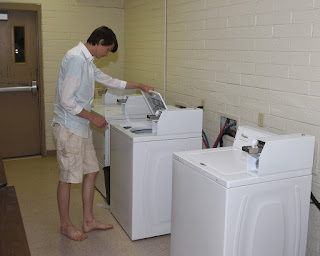 One more class day is planned for Wednesday, then the group will pack all their gear and get ready for Thursday flights back to Minnesota. The class will meet several times over the next two weeks via interactive television as they continue to edit and tweak their films about Navajo elders.
Posted by DoctorTom at 9:56 PM