Day 10 on the Navajo Nation

Tuesday (May 28) was a class day for most of the students in the 2013 Navajo Oral History project.

In the morning, one journalism team went on the road north to Rock Point, Arizona, to interview a traditional Navajo rug weaver. Nita Nez did her interview in the Navajo language, with her daughter, Revaline, translating for the student journalists. Revaline will also transcribe the interview and help the group with sub-titles when creating their documentary film about Nita Nez's life. 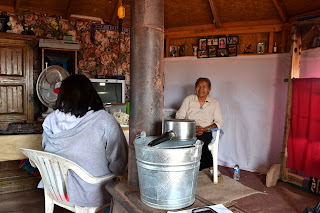 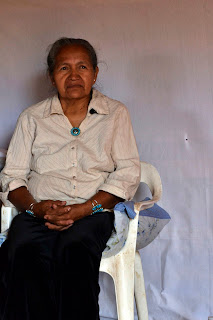 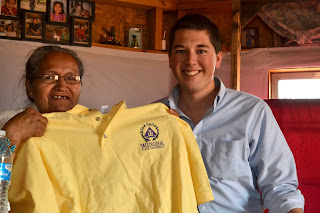 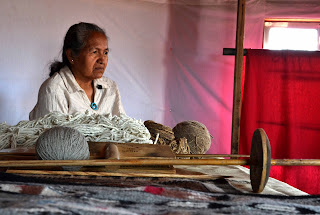 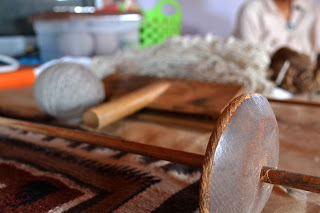 (above six photos by Whitney Harlos)

The rest of the students gathered at 8 a.m. in the classroom to debrief all the interviews that have taken place over the past 10 days. Each student journalism team presented several clips from their interviews, and listened to constructive criticism from classmates. 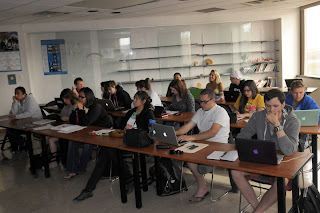 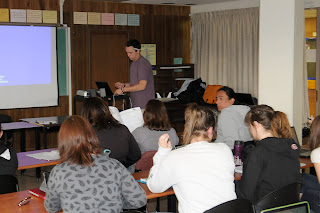 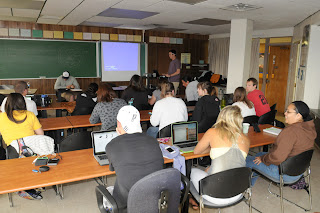 This can be a difficult thing. Students have invested so much time, talent and planning into their interviews, and have a right to be proud of their work. Nonetheless learning and skill-development are a key part of the class.

Students were instructed to offer constructive criticism with kindness and honesty. It doesn't really help if everyone says, "I like it... nice job." Instead, they are encouraged to be honest and specific with things they see that could possibly be improved upon, so journalism teams can make changes if they wish and increase the value of the finished documentary films.

Following the class, students had time to work on transcribing their interviews and begin editing, organizing, and shaping their documentaries.

After dinner, most of the students went to Professor Miranda Haskie's home in Lukachukai, Arizona, to help Miranda, her husband Vernon, and their children plant a large corn field with white corn seeds by hand and shovel. Because the work group included 14 WSU students and faculty, and several Haskies, the work went fast, and was kind of fun. 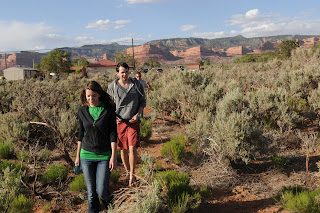 Below, Brett Gustafson walks toward the cornfield, ready to begin planting. 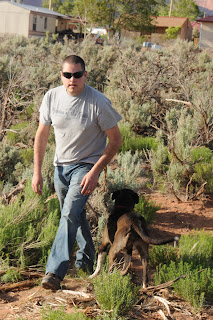 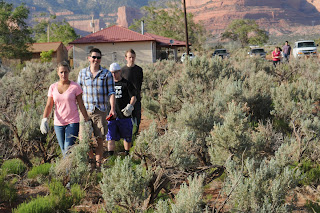 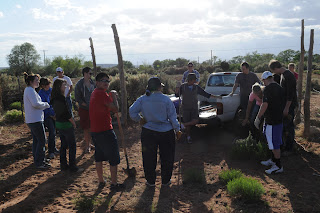 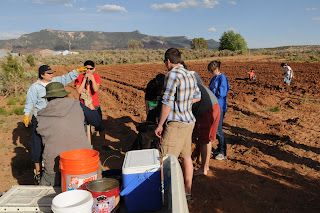 As the planting began, Diné College Prof. Miranda Haskie gave WSU Prof. Tom Grier a special cup of corn seed to use while planting. It was a WSU pail-style cup that Grier gave to Haskie five years ago at the reception and premiere event for the first Navajo Oral History project films. 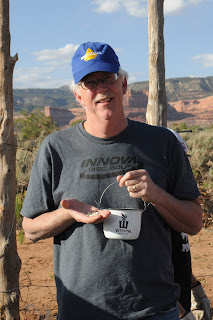 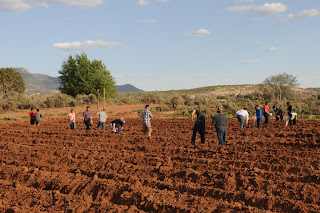 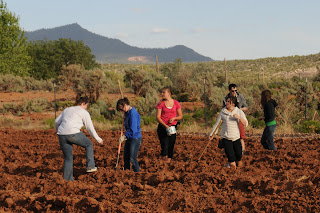 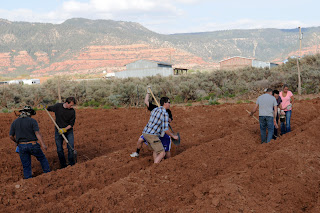 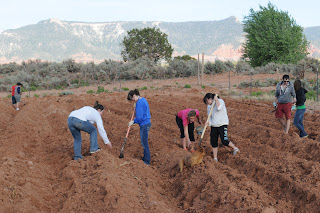 Even though both Robbie Christiano and Miranda Haskie worked hard during the planting, in this photo, they look more like project supervisors. 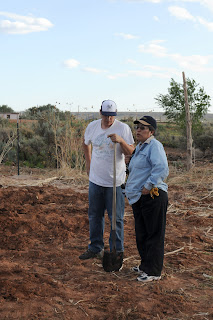 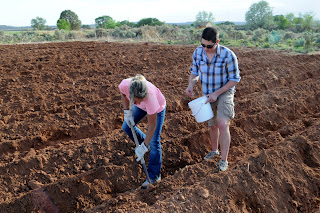 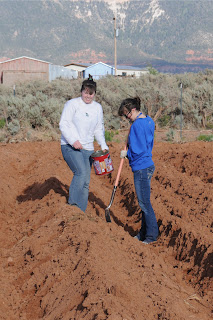 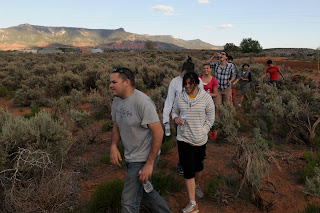 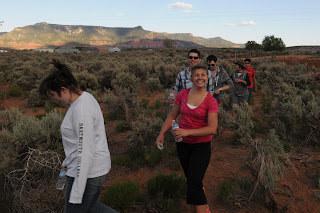 The Jake Livingston documentary group also interviewed Vernon Haskie on camera, with him talking about the skills and friendship he shares with Livingston. Both men are accomplished Navajo silversmiths. 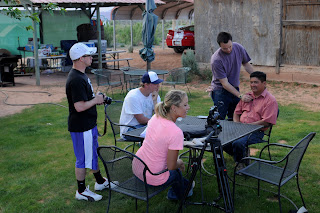 Adam Maciejczak and Robbie Christiano had fun trying to catch a chicken on the Haskie property. Neither were successful. 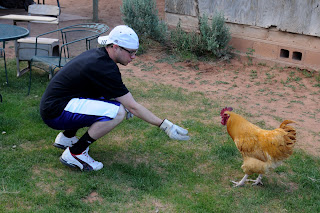 The eastern part of the Navajo Nation was blessed with rain this evening, a few hours after the cornfield was planted. For the blog editor, this is another example of  "hozho," the Navajo term that roughly translates to everything being in harmony or in balance.