Day 2, Chops and I drove from Salina, Kansas, to Las Vegas, New Mexico. We're about two hours from Albuquerque. We need to be to the ABQ airport by 1:15 p.m. tomorrow to meet the plane containing WSU President Judith Ramaley, our faculty partner Cindy Killion and the 12 WSU student journalists.
While driving today, we stopped in several small towns along the way to shoot some photos. I like to shoot images of old courthouses and post them to Google Earth. Chops likes old movie theaters and really anything else interesting and out of the ordinary.
Below, you'll see some of the things we found interesting. 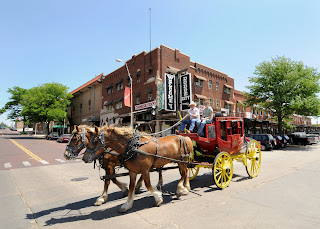 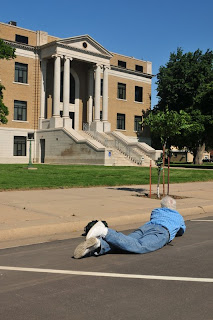 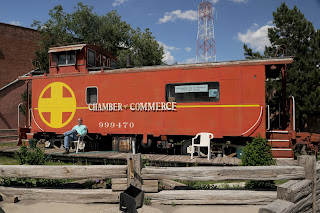 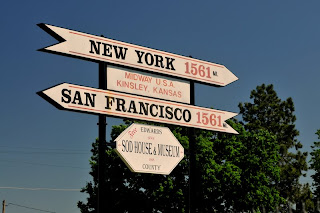 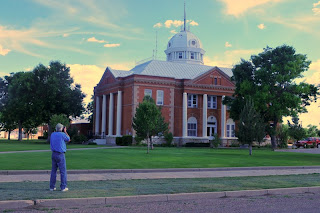 We saw some wild Pronghorn along the highway near Boise City, Oklahoma. I shot these using my Nikon D300 and Chops' 300mm f/2.8 lens. 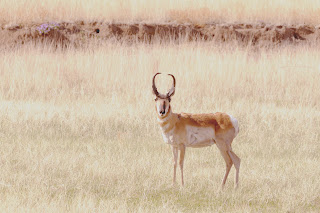 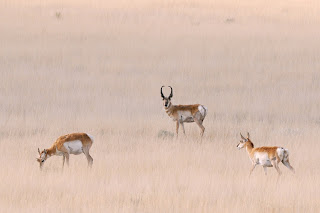 We stopped to check out this Drive-In Movie Theater in Dodge City, Kansas, and spent about an hour talking to Dick Ridge and his daughter Judy Smith who run the place. The theater opened in 1947. Dick has worked there since he was a teenager in 1948. He took some time off while he was in college and the Navy, but came home to Dodge City and taught science and math at the local high school and Dodge City Community College.
Dick and Judy took time out to show us the projection room, the concession stand and just enjoy a great conversation about Drive-Ins, about life, kids, education, entertainment.
We told Dick we were heading to the Navajo Nation to work on journalism projects. He told us he listens to KTNN Radio, the voice of the Navajo Nation, at night when it beams in well to Dodge City (more than 600 miles from its transmitter in Window Rock, Arizona). We agreed we love the sound of the Navajo language-- even though we can't understand it.
When we were about to leave, Judy's husband, Lyle showed up in his 1968 GTO, so we hung around a little longer to marvel at the classic muscle car and talk about cars. We heard about the 1965 Mustang coupe Dick has been driving for more than 40 years and how he keeps it running, though it's close to 300,000 miles.
This stop was the highpoint of our trip so far. 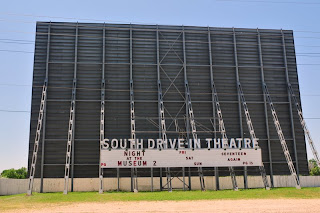 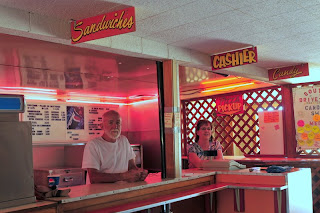 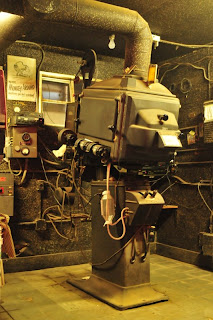 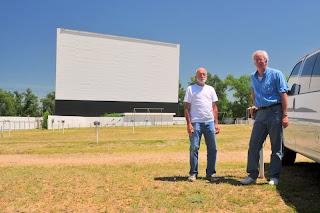 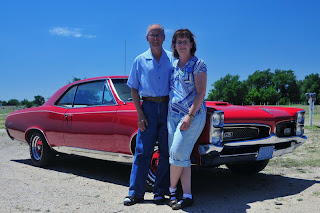